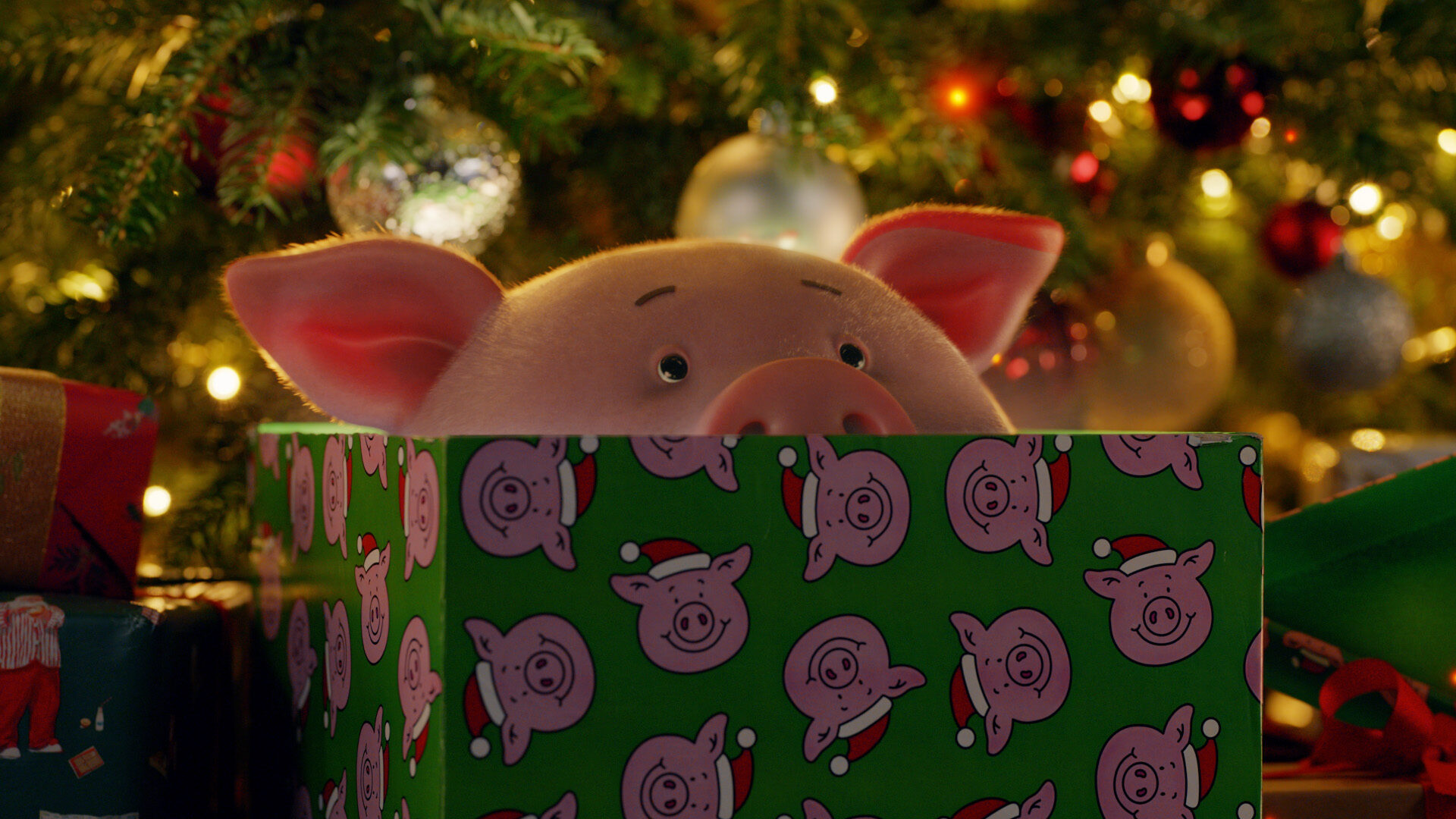 The nation’s favourite pig is brought to life for the first time with CG and animation in a commercial that teases M&S’s Christmas food range. Directed by DOM&NIC, ‘Percy’s First Christmas’ takes place inside one of the retailer’s stores at night, where the enchanted Pig and his friend Fairy are seen exploring the delights of the store through her magic. The two fully CG characters embark on a journey that showcases some of the delicious food and gifts to hit stores for the festive season. 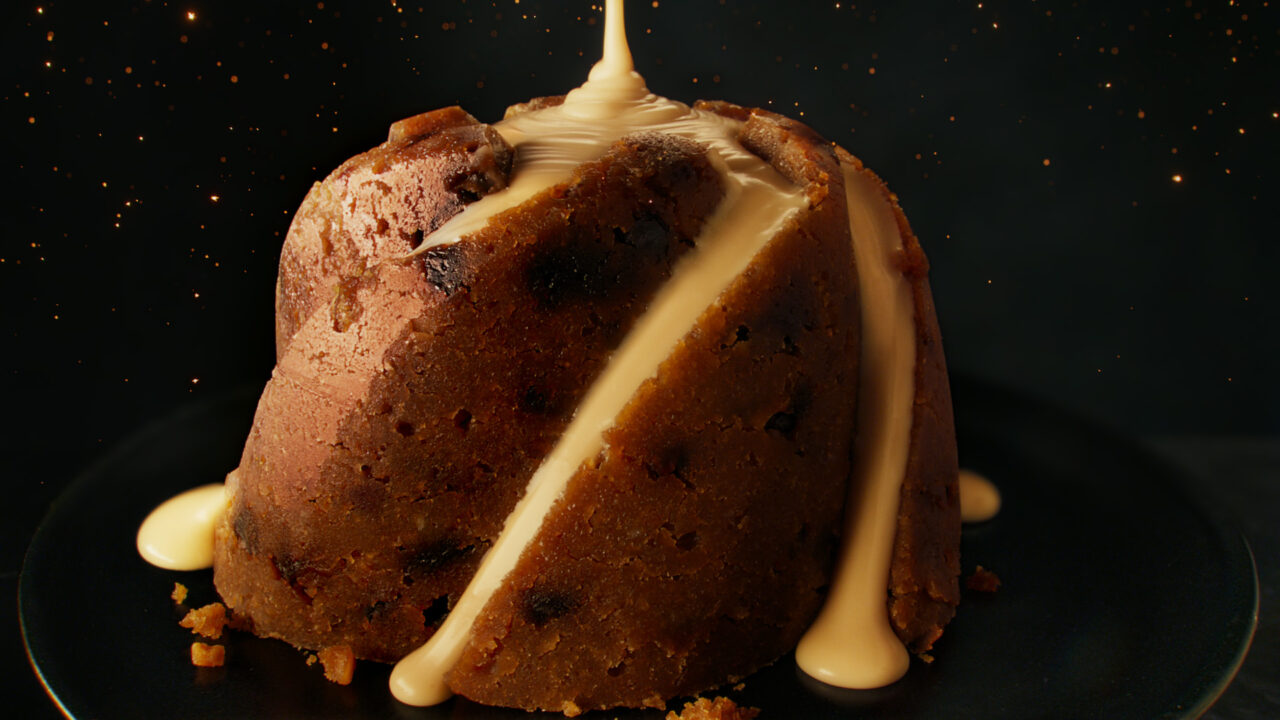 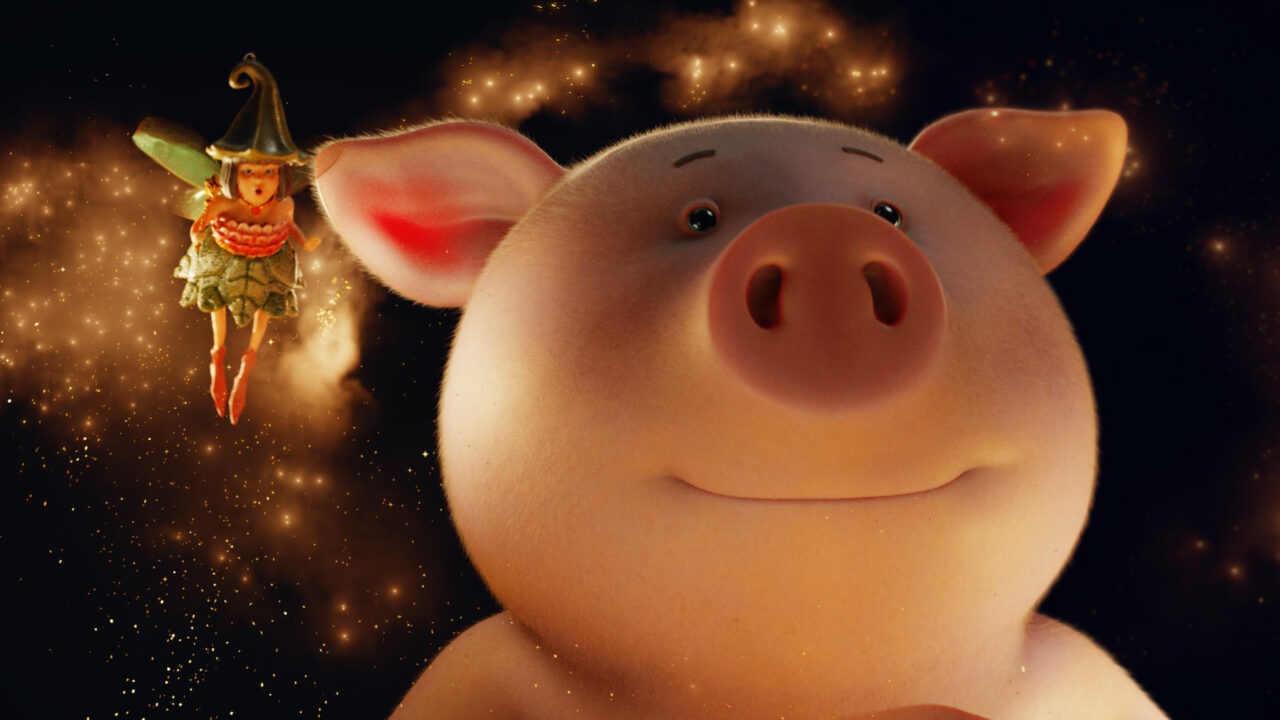 Percy Pig, a brand M&S continues to build ahead of his 30th birthday next year, brought to life for the very first time through market-leading animation. Percy, voiced by Tom Holland, is awakened in the dead of night by the magic of the Christmas fairy played by Dawn French, combining the artistic and technical elements of the film with British stardom. Percy excitedly explores the Stratford Foodhall discovering all the magic M&S Food has to offer this Christmas – from the Collection Golden Blond Christmas Pudding to Delicate Smoked Salmon.

MPC worked closely with M&S’s brand teams and Directors DOM&NIC to deliver a festive ad that leaned on MPC’s legacy of crafting high-end visuals and characters for the linear screen.

Animation Director David Bryan at MPC said: “We worked closely with MPC’s Concept Artist Silvia Bartoli who built Percy from clay using the storyboard visuals and our measurements of the CG model. When we go on shoot its important to have something of reference to line the camera and lighting to. We also had to consider the personalities of both Percy and Fairy. What are their personalities and drivers? With Fairy she has limitations in that she is made of plastic like a Christmas ornament and we had to be true and respectful to the materials she is made out of. These are the things we talk about in Animation development.” 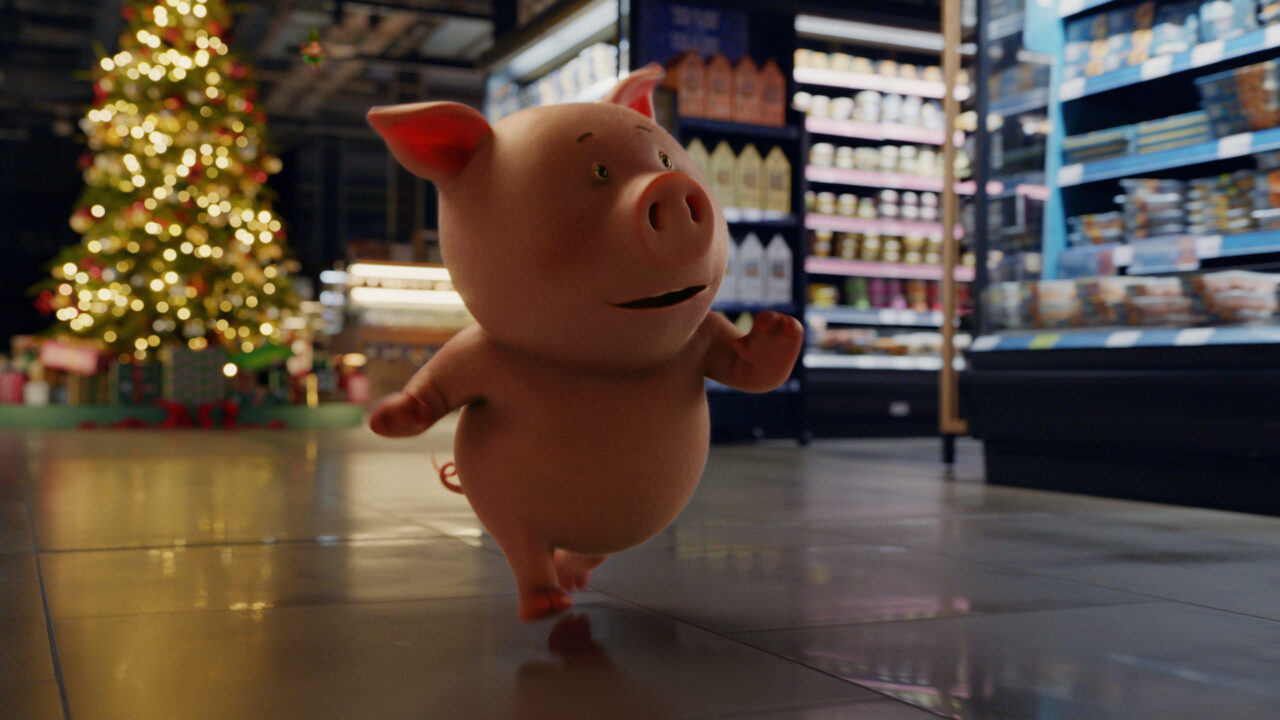 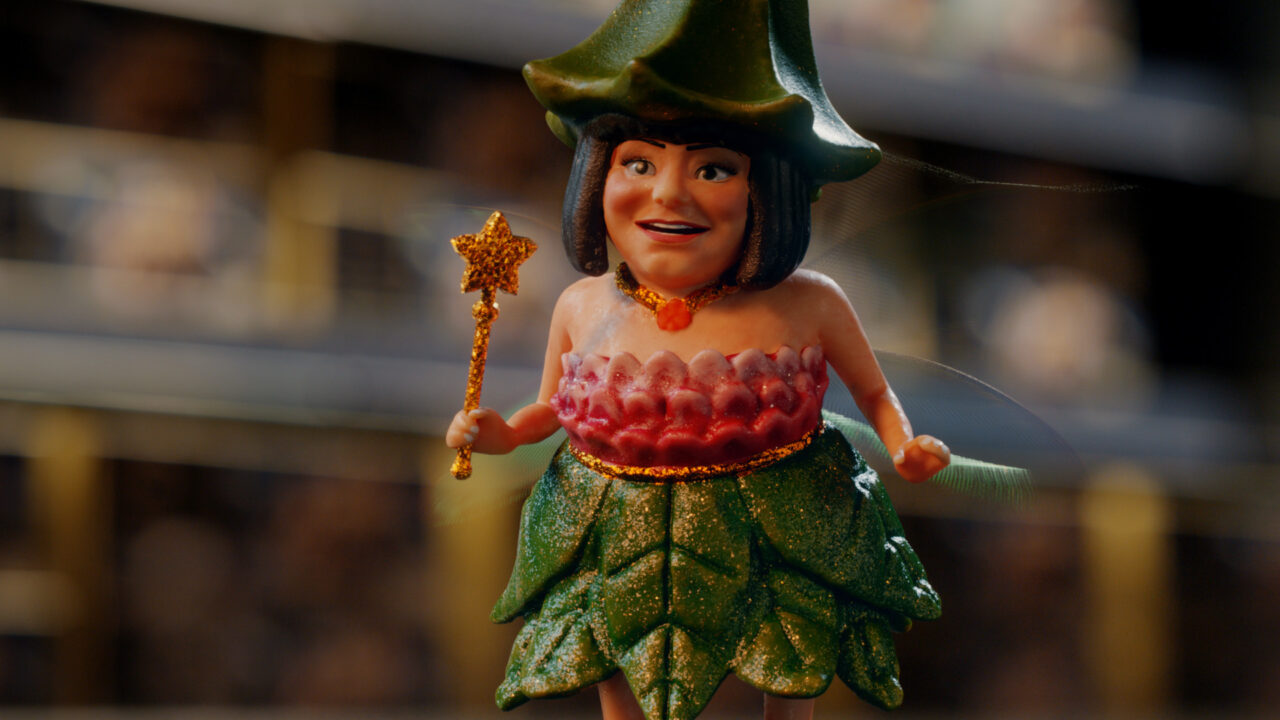 Andy Steele, VFX Supervisor at MPC added: “When M&S set the brief, Percy was going to be celebrating his 30th Birthday but he is experiencing the world for the first time, so we had to find a medium where he appealed to all audiences and develop a backstory. We had to think about how they would respond in the real world. Percy is energetic and excitable”

Sharry Cramond, Director of Marketing for M&S Food, commented: “The M&S Christmas Food range this year is better than ever and who better to tell customers about our delicious Christmas food range than the national treasure and much-loved M&S icon himself, Percy Pig. Of course, he couldn’t have just any voice, and having Tom Holland give Percy Pig his first words is about as exciting as it gets. Added to that the voice of the one and only Dawn French as the Christmas fairy – it’s the stuff of Christmas dreams!!”

Percy’s First Christmas will launch with a 60 second advert following a social campaign to tease the voice of Percy #whoispercypig – this pre-campaign will be seen by 9 million people across the UK. 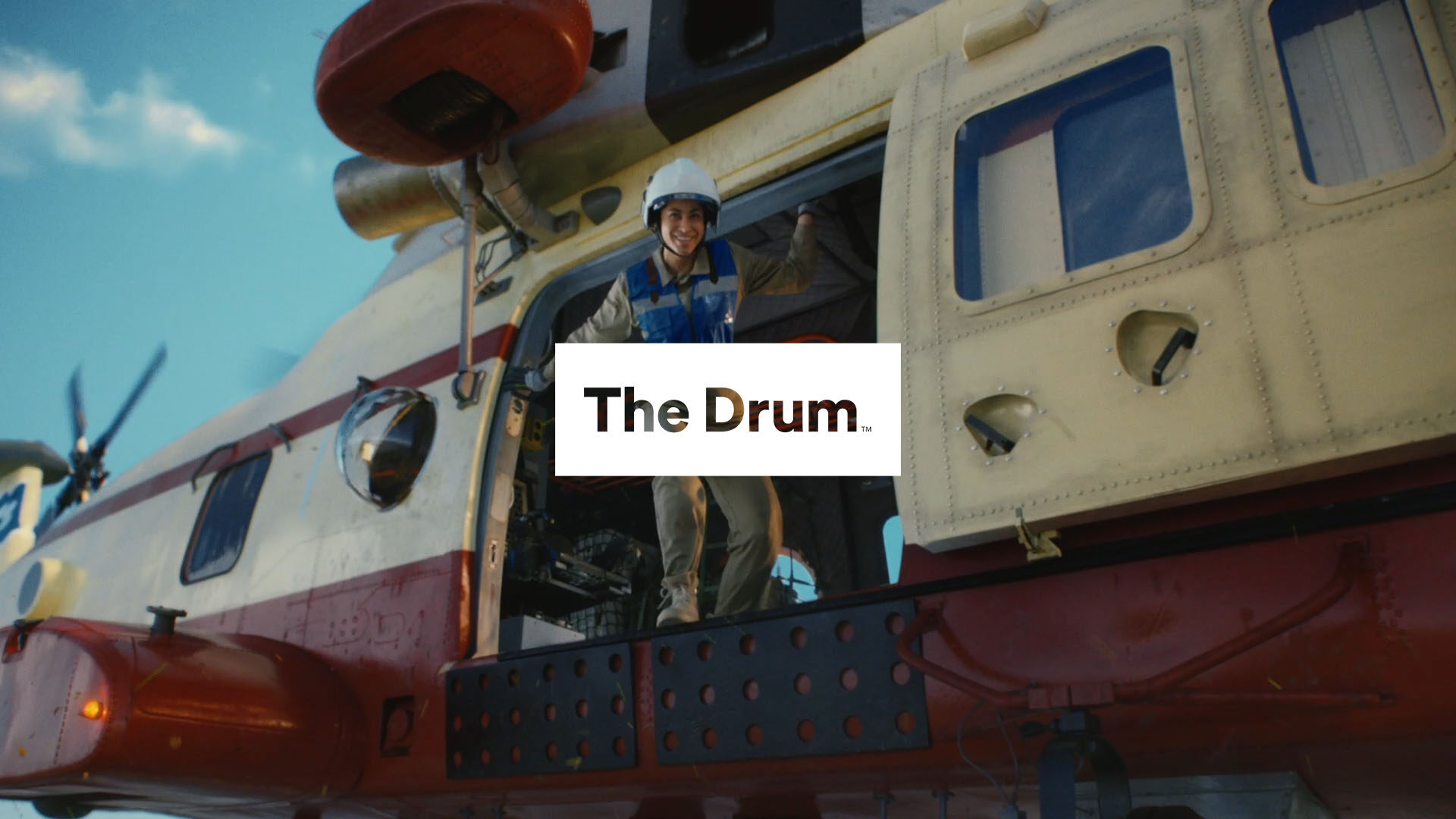 The Drum | Ad of the Day: Lego’s New Christmas Ad