Amstel’s latest spot from adam&eveDDB, features a gigantic Jeff Bridges literally becoming a human bridge with his arms connecting both sides of an Amsterdam canal for the city’s people to come together. Directed by Somesuch’s Tim Godsall and produced in collaboration with Anymous Content, MPC handled the VFX.

MPC’s VFX Supervisor Dan Lorenzini said: “This was a really fun and playful idea to work on. It’s a very original concept with great humour and I’m most proud of our pre vis work needed for this – to help realise how big Jeff should be in each shot and from what locations to shoot him from in such a limited canal side location”.

The team at MPC were involved in the creative process right from the story board stage where they pre vized boards and sized up different versions of Jeff to figure out his ‘real life’ ratio: “Once we had that ratio (45:1) we could calculate how wide lenses needed to be for each shot, and the approximate locations for the camera on canal side locations (we didnt want to end up shooting from the middle of the river!) Dan explained. He added: “With the proper scale ratio locked in, we could also advise production design on the sizes of a scale model replica of the canal location for Jeff to sit in, complete with banksides, nearby buildings and a perspex river for accurate water reflections”.

With such a strong original concept, the team strived to make it work, collaborating closely with the Director and suggesting the best way to approach certain shots.

When it came to the single biggest challenge to overcome, Dan commented: “knowing how Jeff needed to fill the canal drove every decision on this project. We needed to map out the desired location with accurate scale to get a proper read on his giant scale ratio. Once we had that pinpointed, the rest of the project had to follow those rules”.

This film will form part of a multi-million media campaign running from May to August 2019 across TV, cinema, VOD and digital channels. The campaign will also be brought to life through Amstel’s biggest ever in-store activations and a PR campaign centred around the role pubs play in bringing people together throughout the UK. 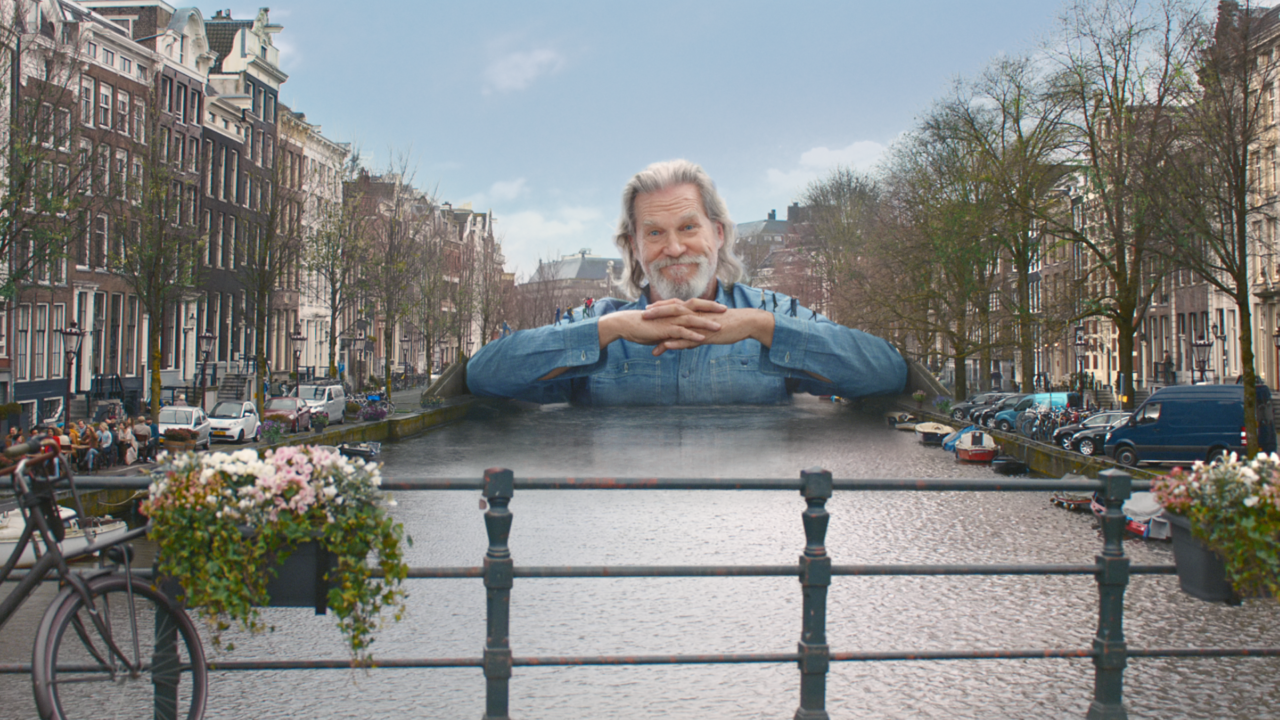 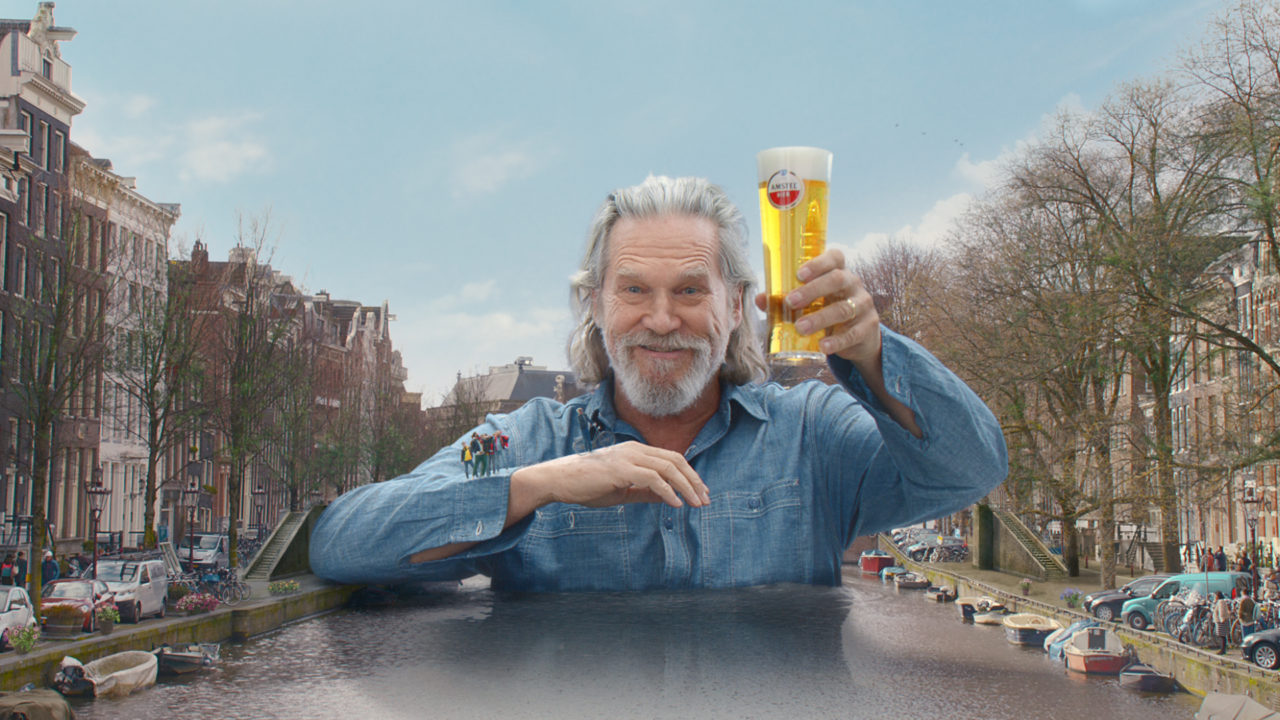 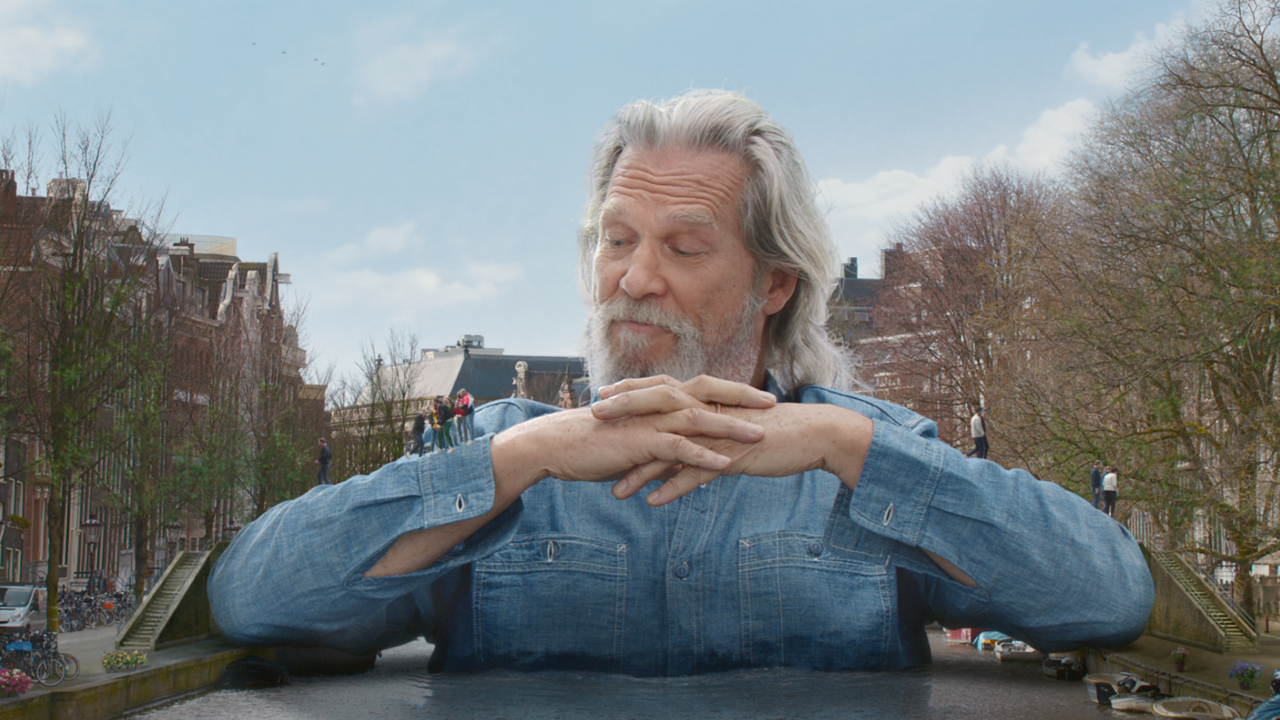