Balenciaga creative director DemnaGvasaliaasked MPC to solve a creative challenge: to ‘clone’ artist Eliza Douglas so she was wearing every look for Balenciaga’s SP22 launch. Rather than adopting a one size fits all solution for the film, MPC utilized multiple techniques divided amongst our global team of artists. 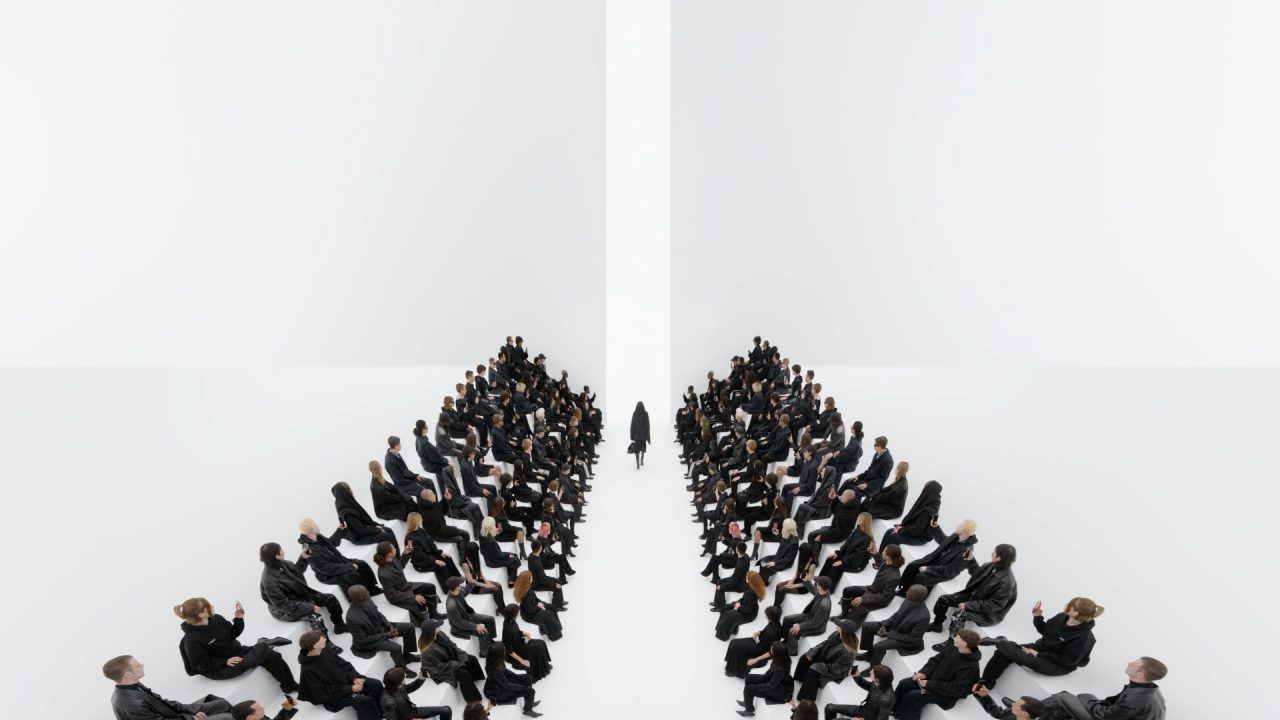 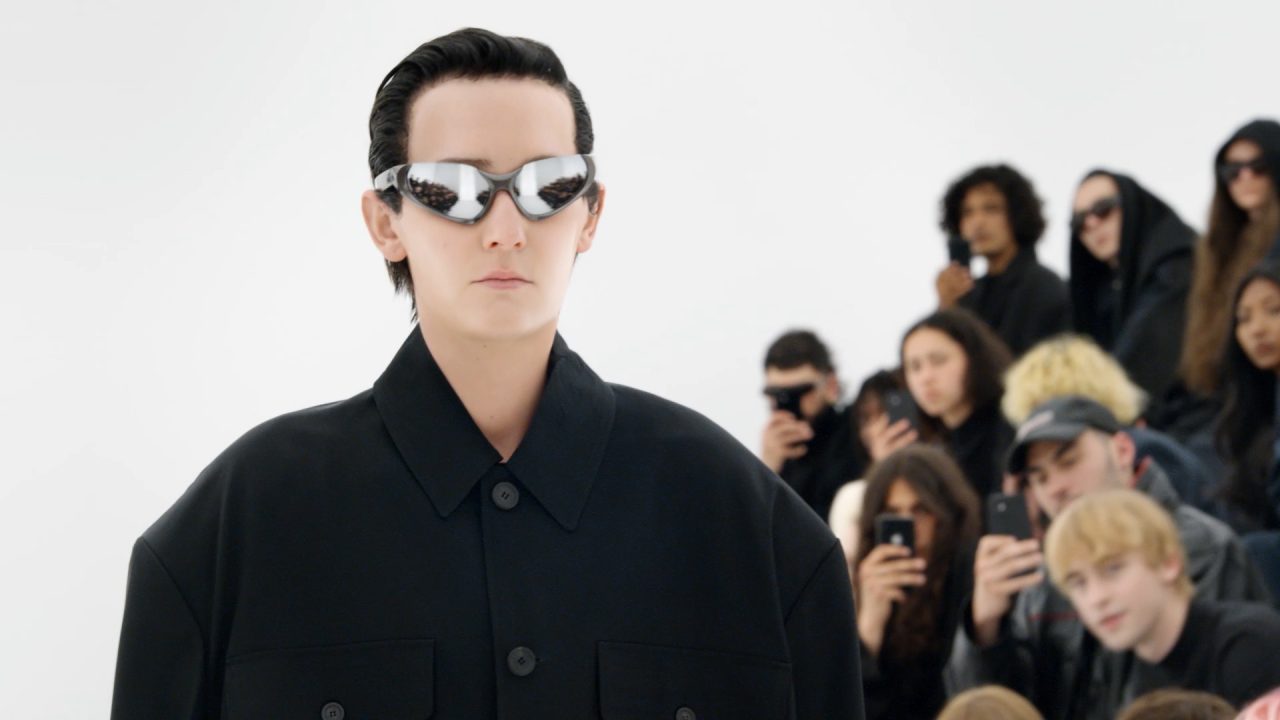 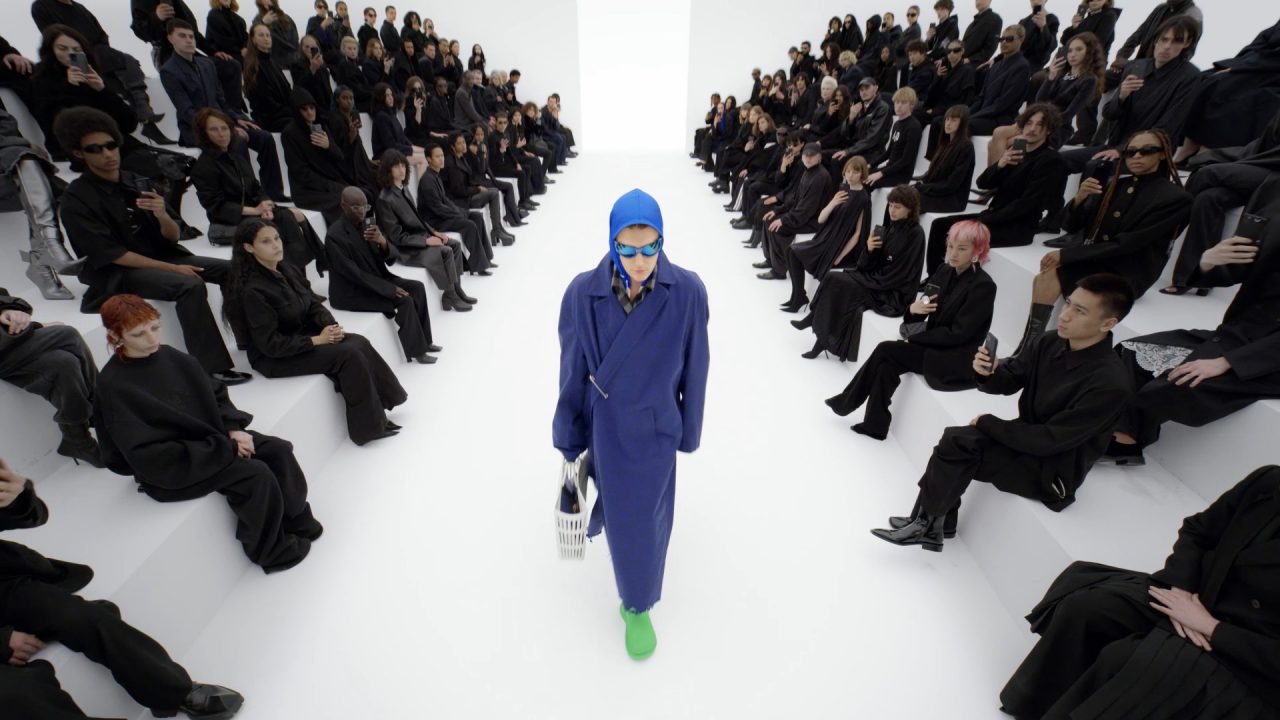 Projects like these where you can collaborate directly with your clients at the beginning seem to be aptly challenging the traditional perceptions of post being involved at the end of the process.

“In Pre-production, we were able to plan together the whole show. We used a games engine to previsualize which looks could be body doubles vs. which one needed to be the real Eliza. Also, the Pre-viz defined the scale of the set for the art department and allowed production to choose the best lens, angles and positions needed to run the multiple cameras in sync whilst on location”.

During the shoot, MPC on set supervisors Carsten Keller and Damien Canameras captured photogrammetry of Eliza’s face and oversaw a variety of in-situ plates to extract her face and transpose it onto the body doubles shot on the catwalk.

“We also used a CG scan of Eliza’s head and on set photo reference to build a proxy Eliza head to help visualize the face replacements. This allowed our compositing team lead by David Filipe and Guy Lubin to study and analyze each shot, each face to define the best process to achieve the highest-quality clone.”

The team then applied the best technique to create the face replacements: Planar tracking, Roto Animation, Keen Tools (a 3D tracking and modelling tool inside Nuke), and Machine Learning (AI/deepfake). 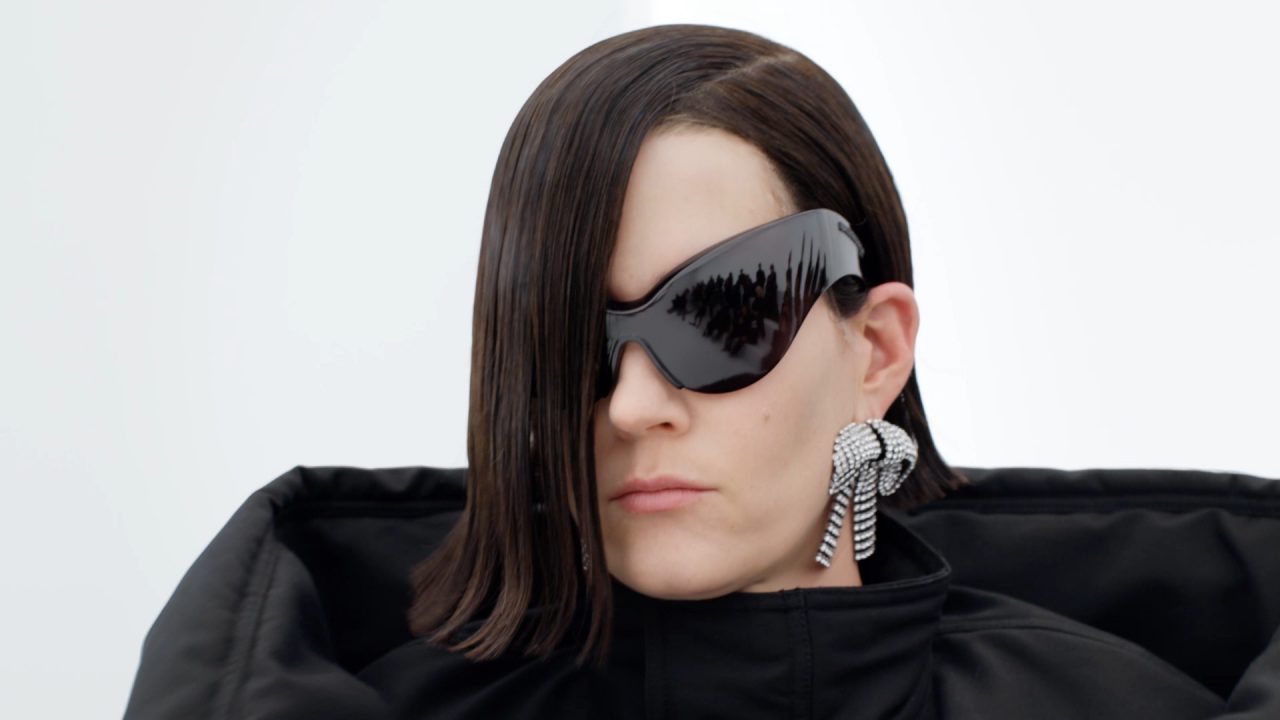 “Once we began attaching Eliza’s faces, we matched light, textures and motion artefacts using compositing. Using the references and the scan of the head, we made sure each clone’s face was as pixel-accurate to Eliza’s face as possible while still retaining the nuance of the specific Balenciaga design aesthetic.”

The final Balenciaga film shows all the ‘clones’ with Eliza’s photogrammetry-captured and CG-scanned face as they march down a minimalist runway to a sci-fi-inspired soundtrack composed by BFRND, which includes an AI voice narrating the lyrics of La Vie En Rose. 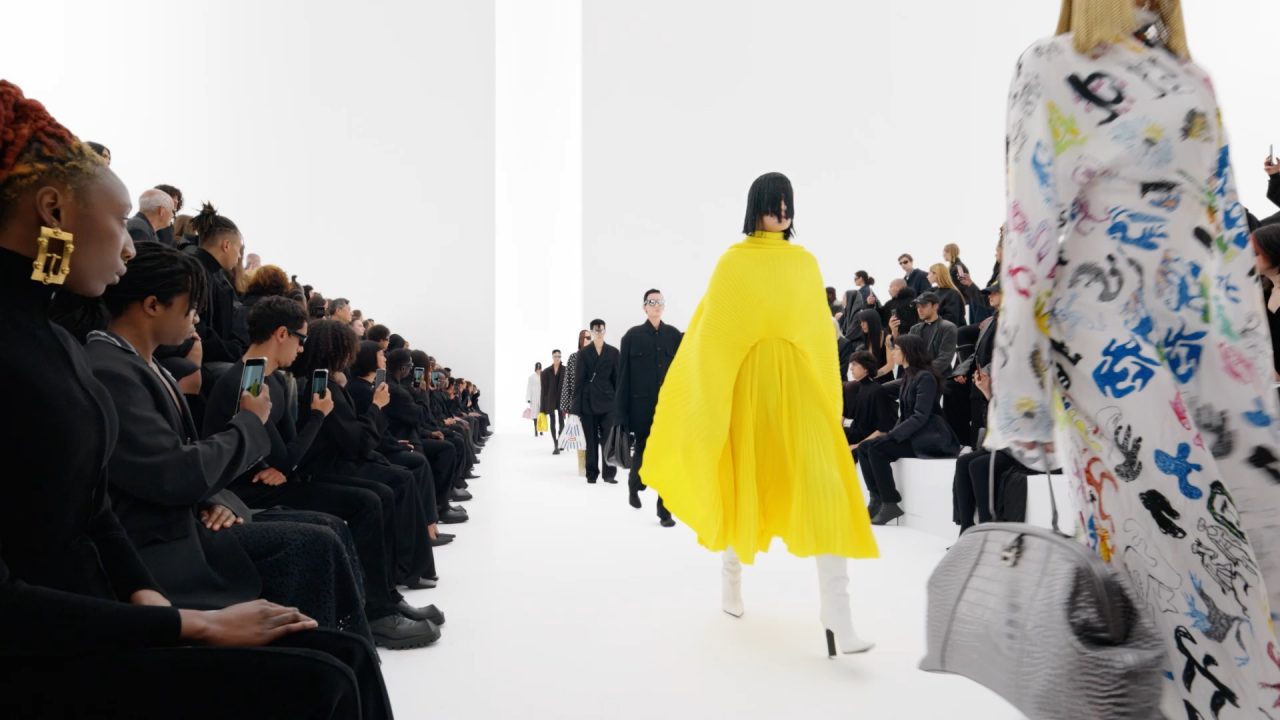