March 2020 – as the sanitary crisis was hitting the world, the International Olympic Committee (IOC) announced the rescheduling of the Games of the XXII Olympiad in Tokyo, four months ahead of the opening ceremony. At that time, the teams at Mikros MPC were well advanced in the creation of a new TV ident for France Television, to announce the programs of the channels dedicated to the Olympics.

“As soon as I saw the “Sumo” brief by MullenLowe France, I fell in love. The objective was to honor the Japanese culture, the values of the Olympics and the new disciplines that would debut at the Summer Games, such as skateboarding, mountain climbing, basketball, surf. All of this in a full 2D animated film, using Japanese prints as a reference. But like all love stories, I knew it was going to be a complex production. For the film to be successful it needed a specific team to be able to execute the agency’s vision of a highly crafted piece of art within the required budget and timeframe… this was not going to be easy. What made things possible is that, at Mikros MPC, we are blessed to nurture a large pool of amazing talent which is unique in the market today. I brought together a dream team of artists that I had already the experience of working with, so I was certain that as a team, we would pull this “miracle” off.” 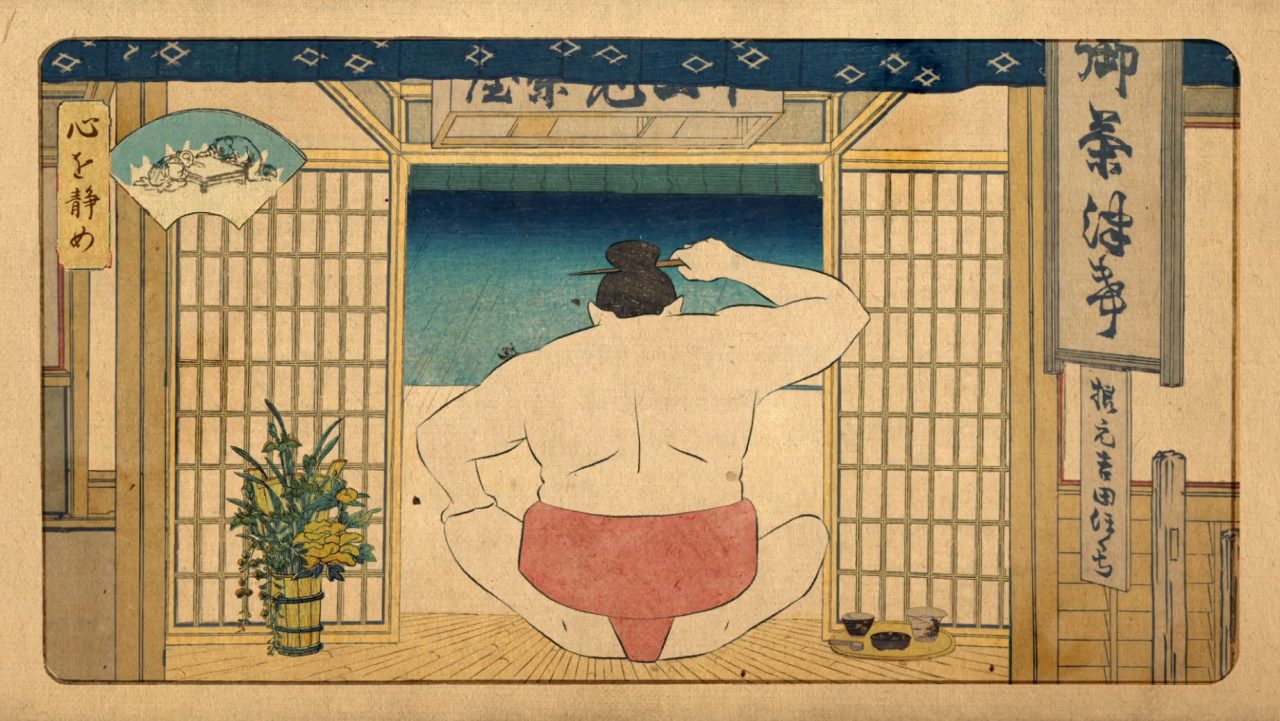 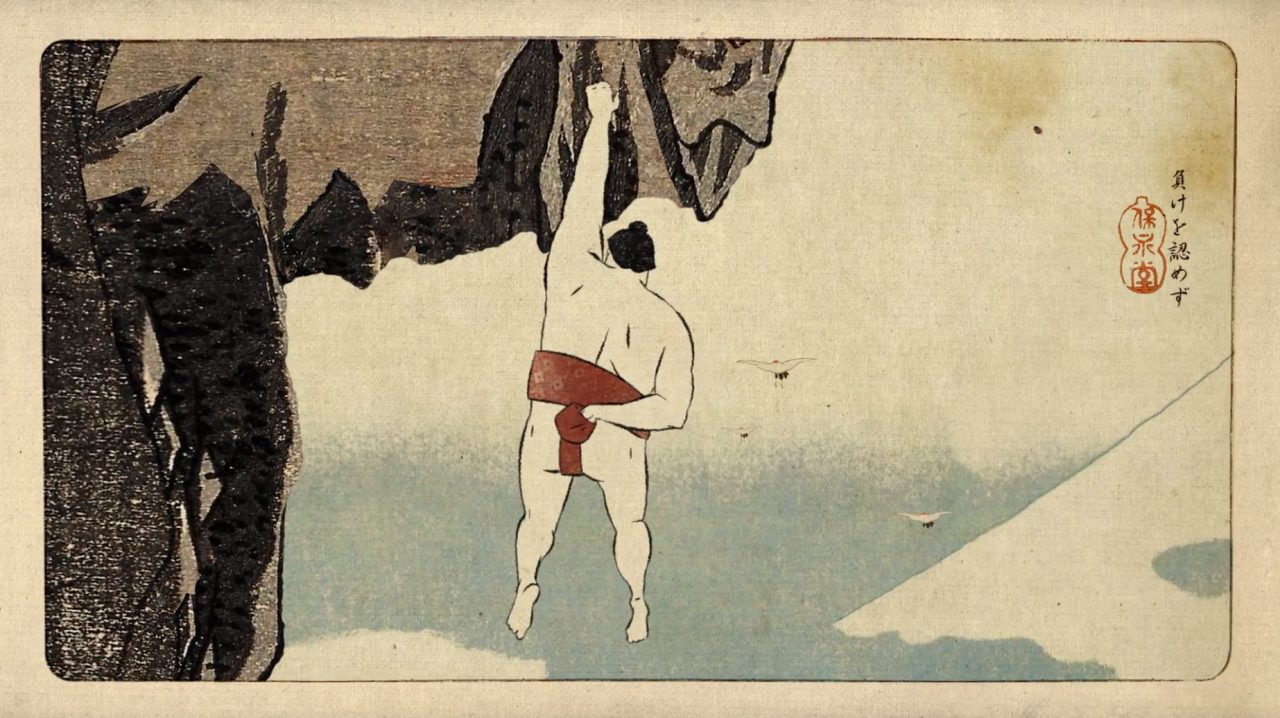 Working in close collaboration with Stéphane Levallois, character designer on the project, and the agency, the team at Mikros MPC were involved from the art direction, direction and final delivery of the film, serving as a one-stop-shop creative house to bring to life this 2D animation film featuring a sumotori as the central character. ‘Sumo’ is the first film for which the team at Mikros MPC had to develop a film inspired by Japanese prints.

As Geoffroy Barbet-Massin, director and story-boarder on the film, explains:

“Throughout the projects, we tried to respect the traditional codes of 18th-century Japanese prints, both from a narrative and an aesthetic standpoint. The environments and the characters are full of details, drawn with thick and bold lines, strong shapes, audacious concept designs. We have always looked for the right balance between the scenery and the sumotori and adapted the character’s line drawing according to its size in the frame, and in constant relation with the treatment of the backgrounds. That was particularly challenging as we worked in flat perspectives, without any vanishing point, which limited the camera movements to left to right, or up to down but also created constraints to bring a character from background to front. We also inserted some text cartouches that play the role of shot titles and we also applied a specific finishing on the image so that we could render the style of aged paper. All our choices, whether creative or technical, were driven by our care to develop a project that would mix a highly stylized aesthetic and storytelling.” 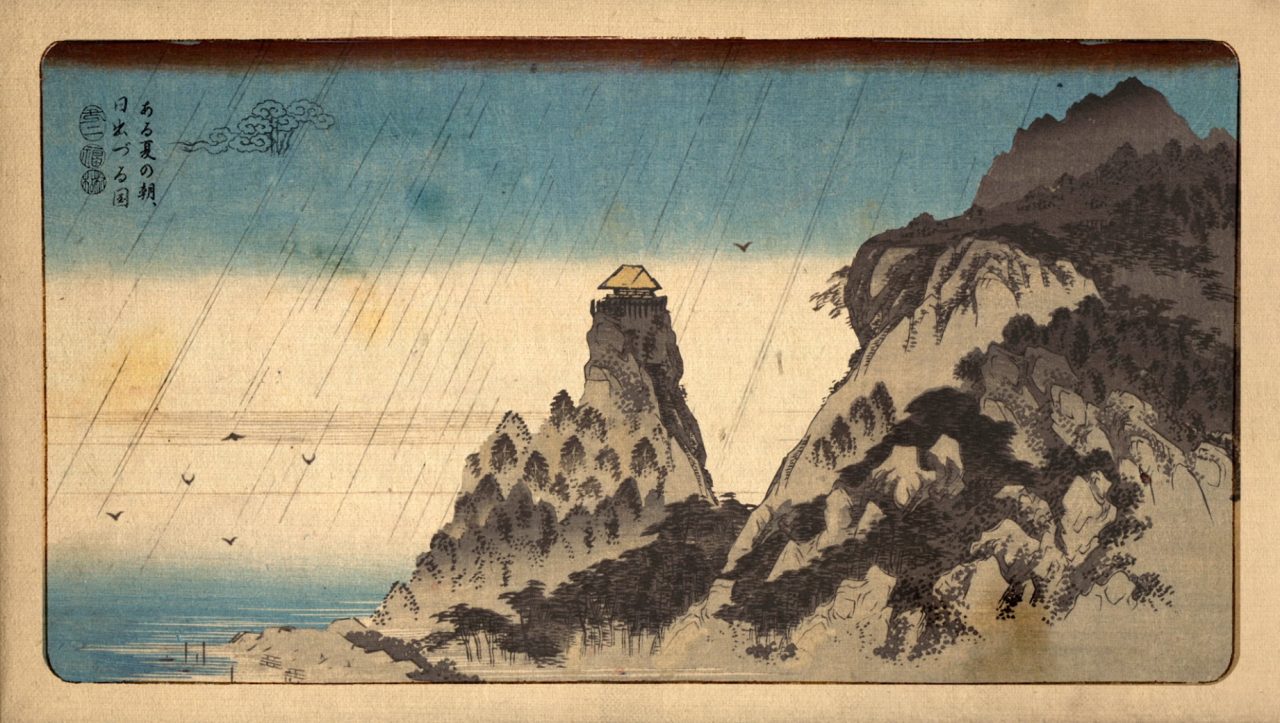 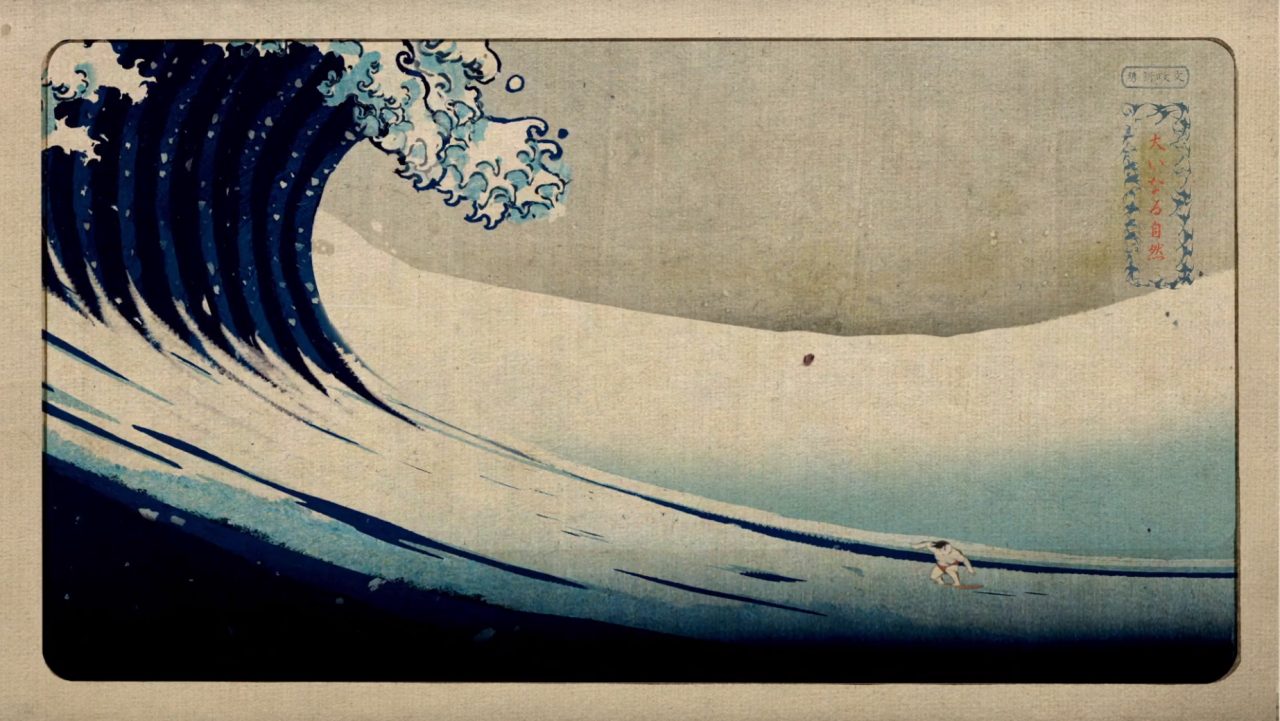 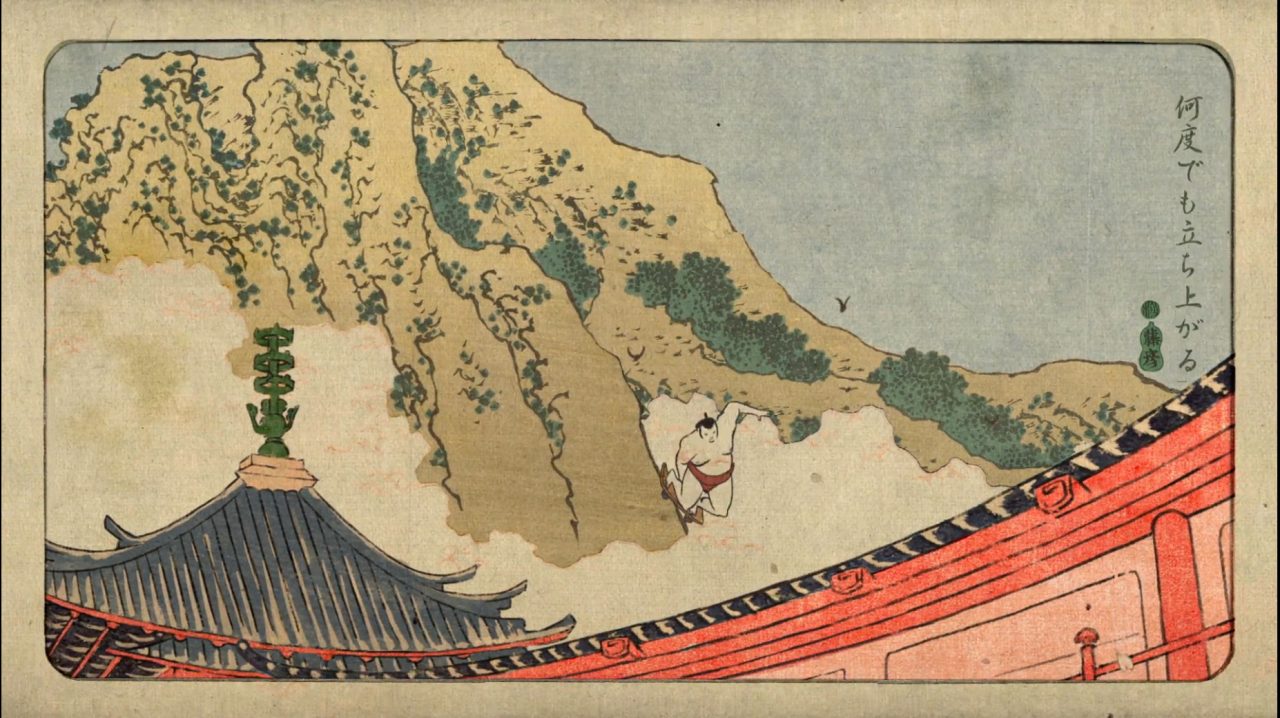 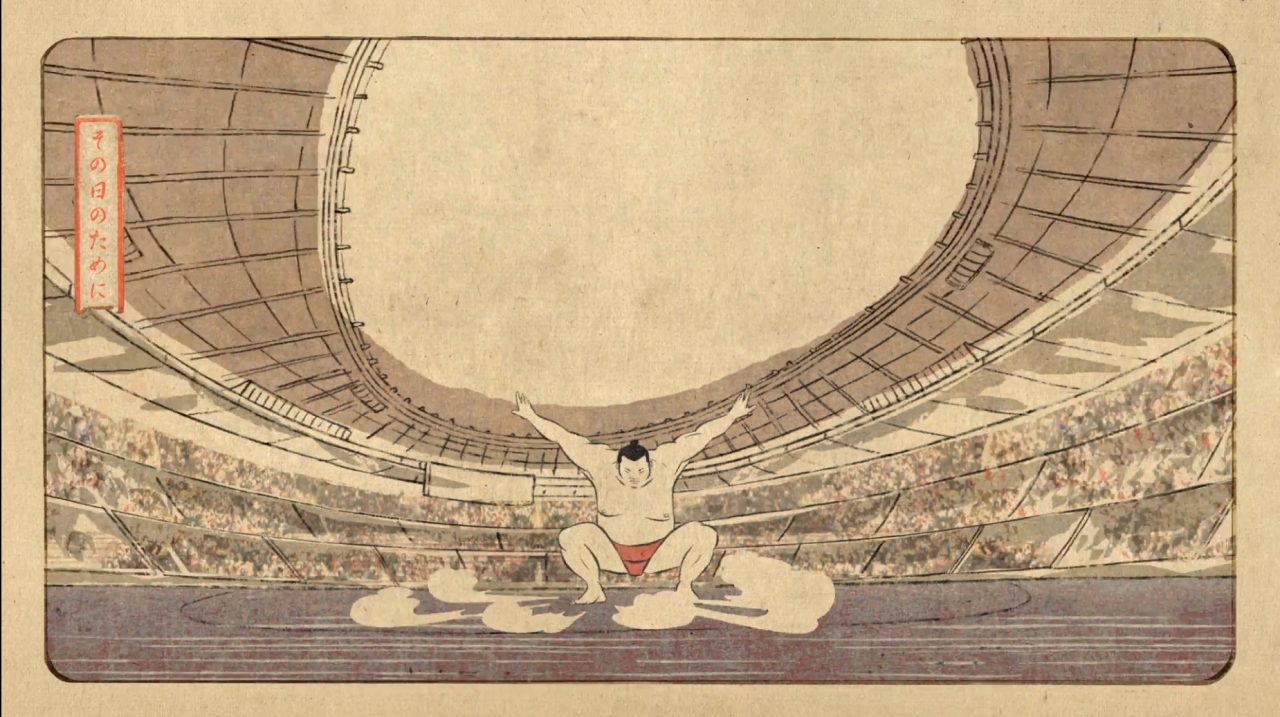 To respond to the various challenges on the project, Geoffroy Barbet-Massin developed a previz closed to the final layout posing.

“The previz work was crucial to allow the greatest optimization at all levels. With both the production and the steps from staging to final delivery being handled in-house, we mastered the fine-tuned technical and creative decisions as a team to allow a smooth production. Our Lead Animator, Antoine Antin, worked closely with Geoffroy Barbet-Massin to adapt the initial character design of the sumotori, made by Stephane Levallois. We had to find a “dry” style of animation to respect the static approach of the Japanese prints. The result is a stepped animation in 3’s and 4’s that contributed to the “hand-drawn” aesthetic that allowed us to focus on the richness of FX and details in the characters and environment for each image.” 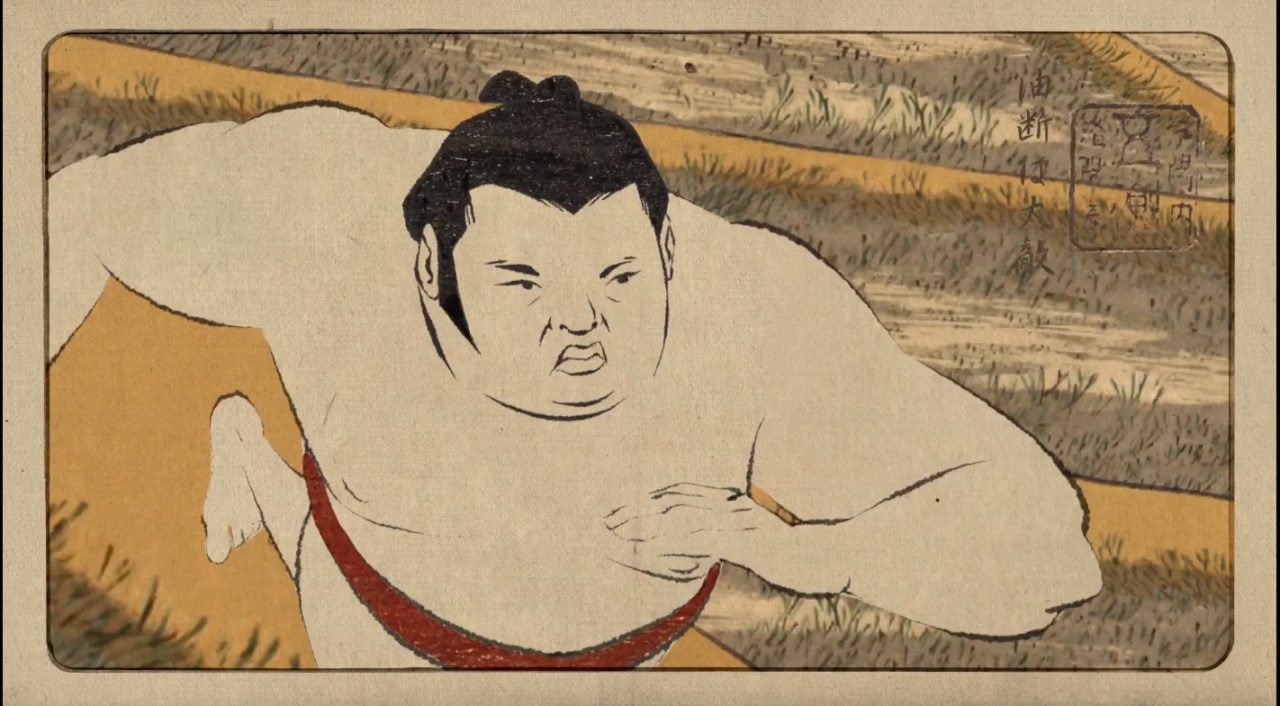 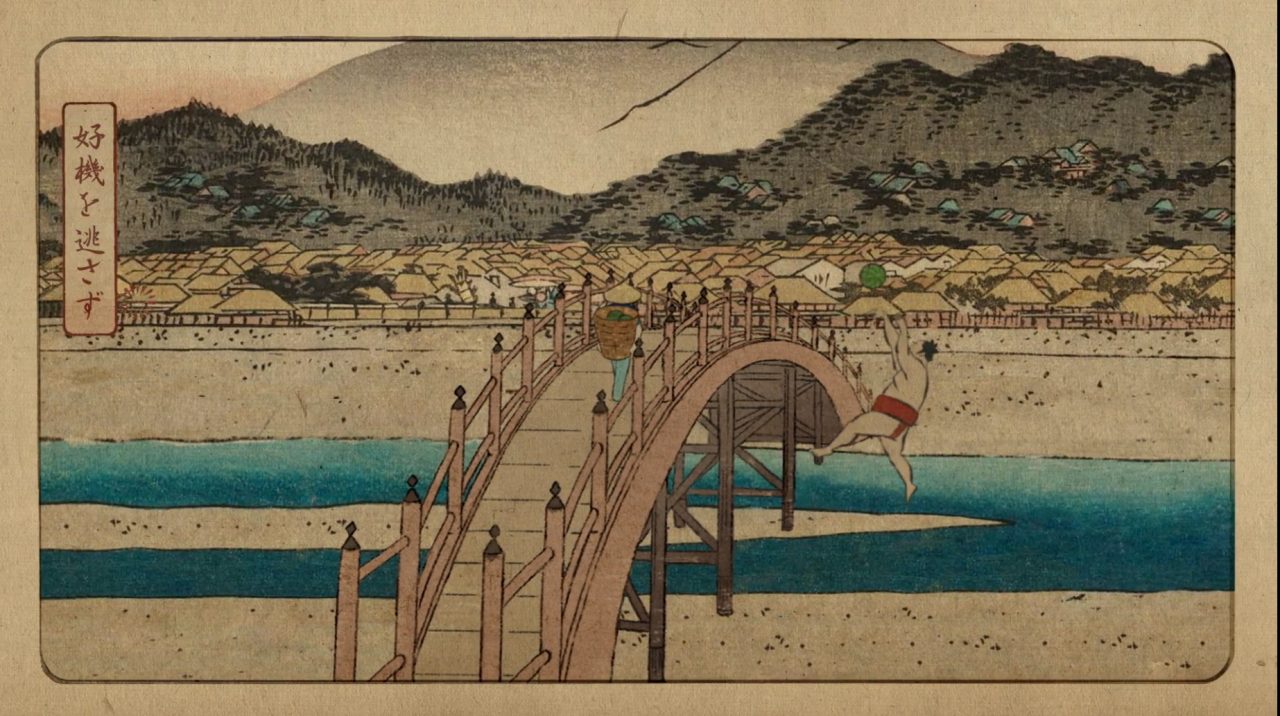 “Thanks to the collaboration between the agency creatives, Stephane Levallois and Geoffroy Barbet-Massin, working in a small but agile team with highly complementary profiles, we steered the project to the highest level of excellence expected by our clients. I am extremely proud of the final result. This is a beautiful film that is a true testament to the highly crafted work that we, at Mikros MPC, enjoy creating day to day.”

Get to some behind-the-scenes and listen to the team’s testimonial below: 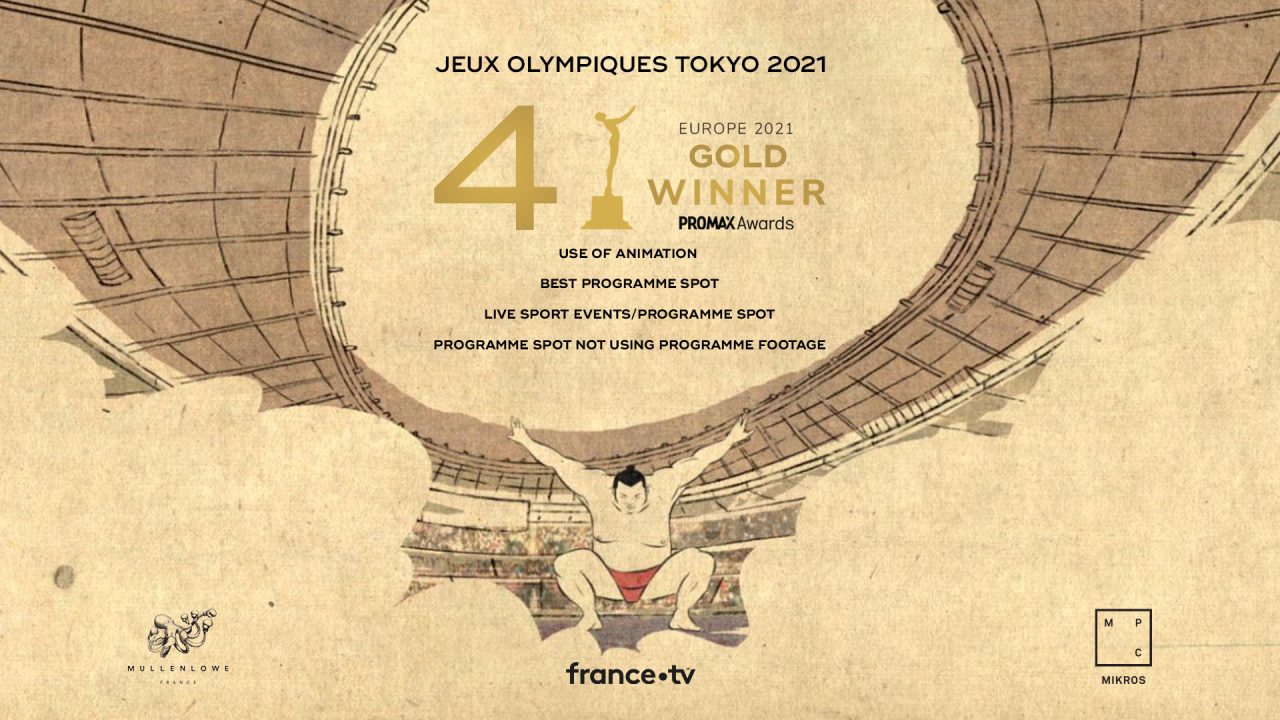