In 2019, we worked with W&K to bring to life Samsung’s global ‘Awesome screen, an awesome camera, and long-lasting battery life’ campaign. This time Samsung wanted to go one step further and give everyone a first-hand experience of how awesome features actually work.

The new 2020 fast-past spot, directed by Raine Aleen- Miller through Somesuch, with VFX and animation by MPC shows a rollercoaster ride through different phone features and social media platforms that takes us from paparazzi aliens to surfing cats, from game characters playing baseball with meteorites to an ad within an ad. The spectacle is accompanied by a thumping electro banger that makes you chant along to the lyrics: “AWESOME SCREEN, AWESOME CAMERA, AWESOME BATTERY”. 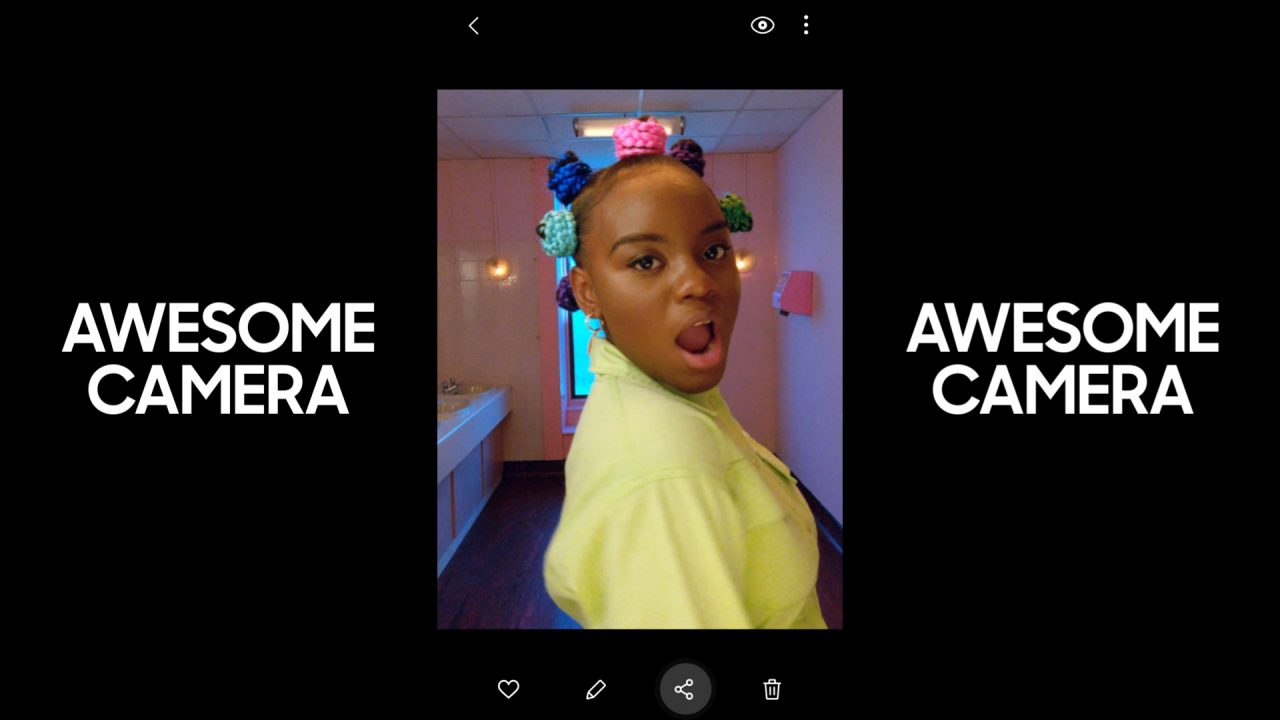 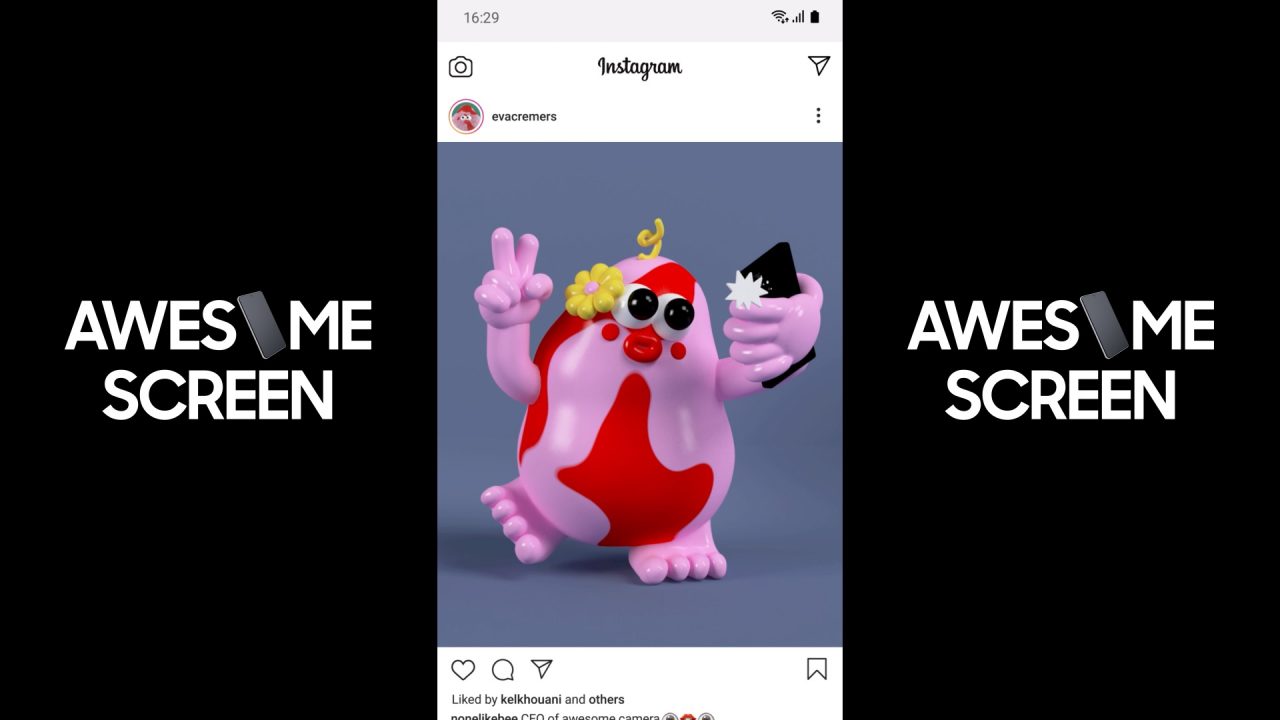 Our London teams created the video game sequence to showcase the graphics power of the new Samsung phone. To do this they created a real-time cinematic platform and used Unreal Engine to develop two game sequence styles. The final product takes viewers on a trip through the phone and is fuelled by footage from content creators all around the world.

“As a big Anime and the Asian animation genres fan, along with recent emergence of Unreal Engine in the VFX pipeline, I was extremely excited to work on this project. I knew from the very start of the project that I wanted to create the sequence without any tricks and short cuts!”

“I had a clear image of how a power up effect should look. I drew a set of 2D animated sequences in Photoshop that would be looped infinitely. Using the capabilities of the Niagara system in Unreal Engine, we combined the 2d effects with some particle elements to configure the final look. ” 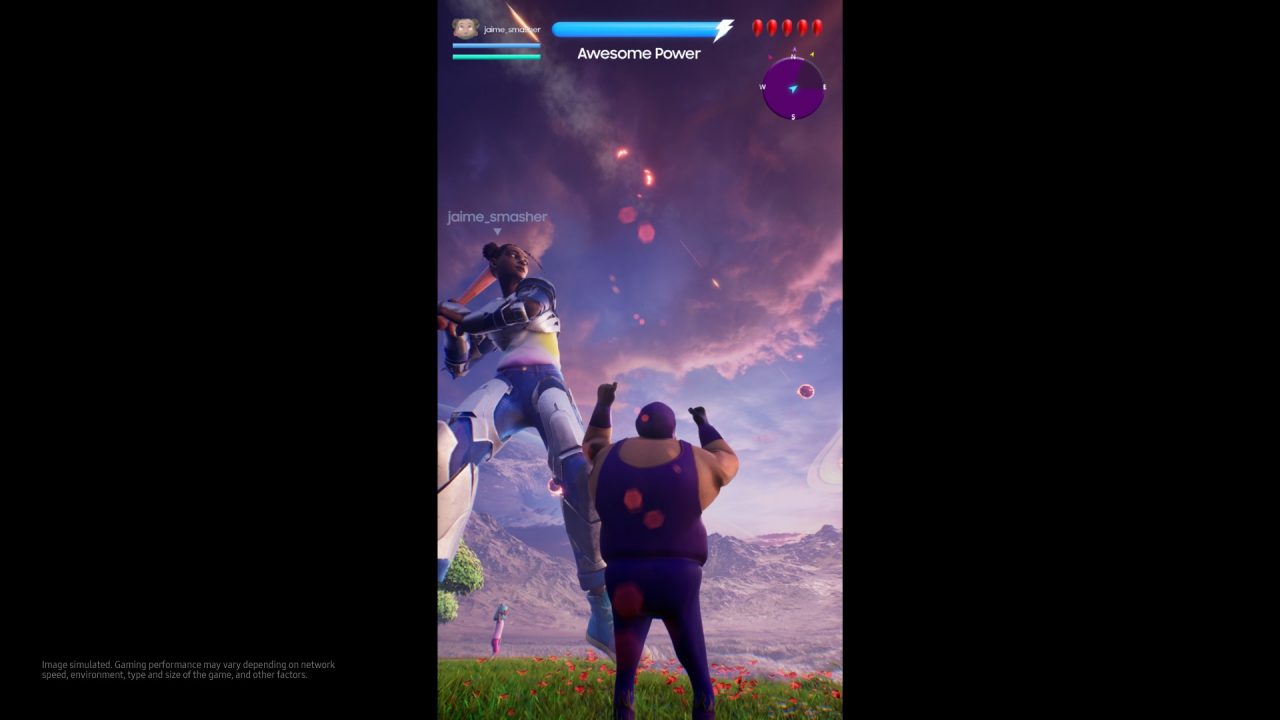 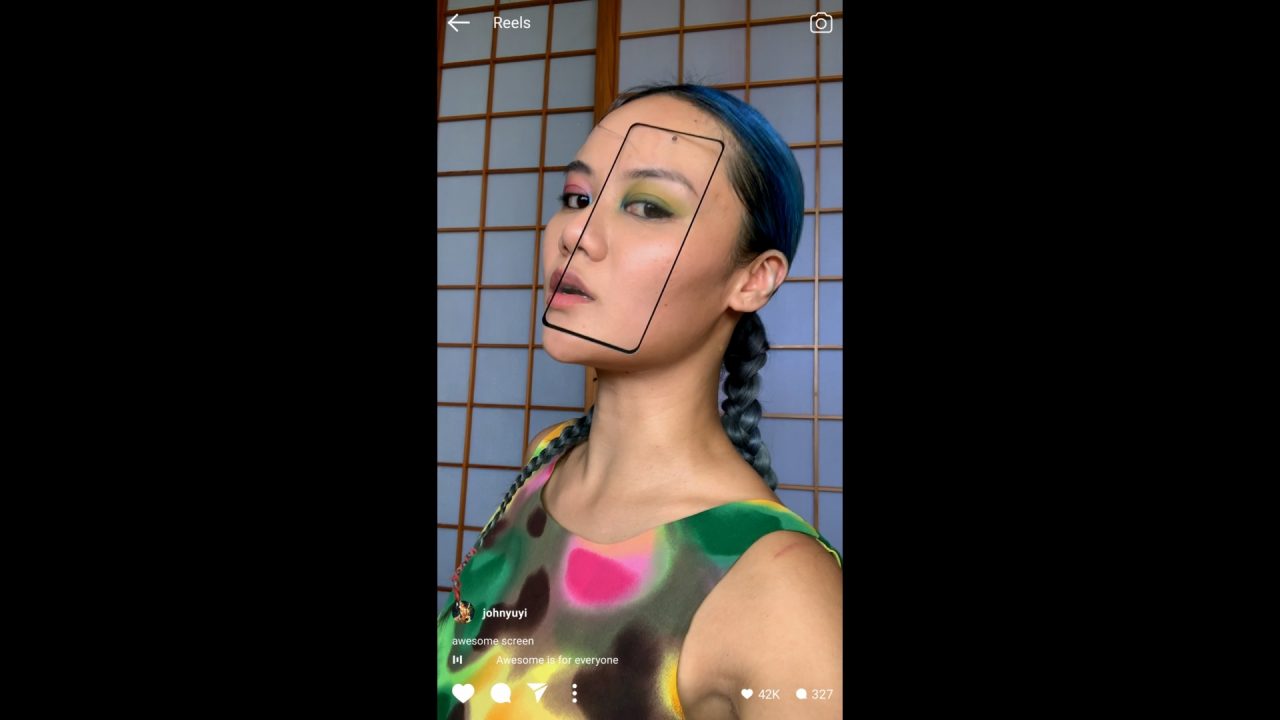 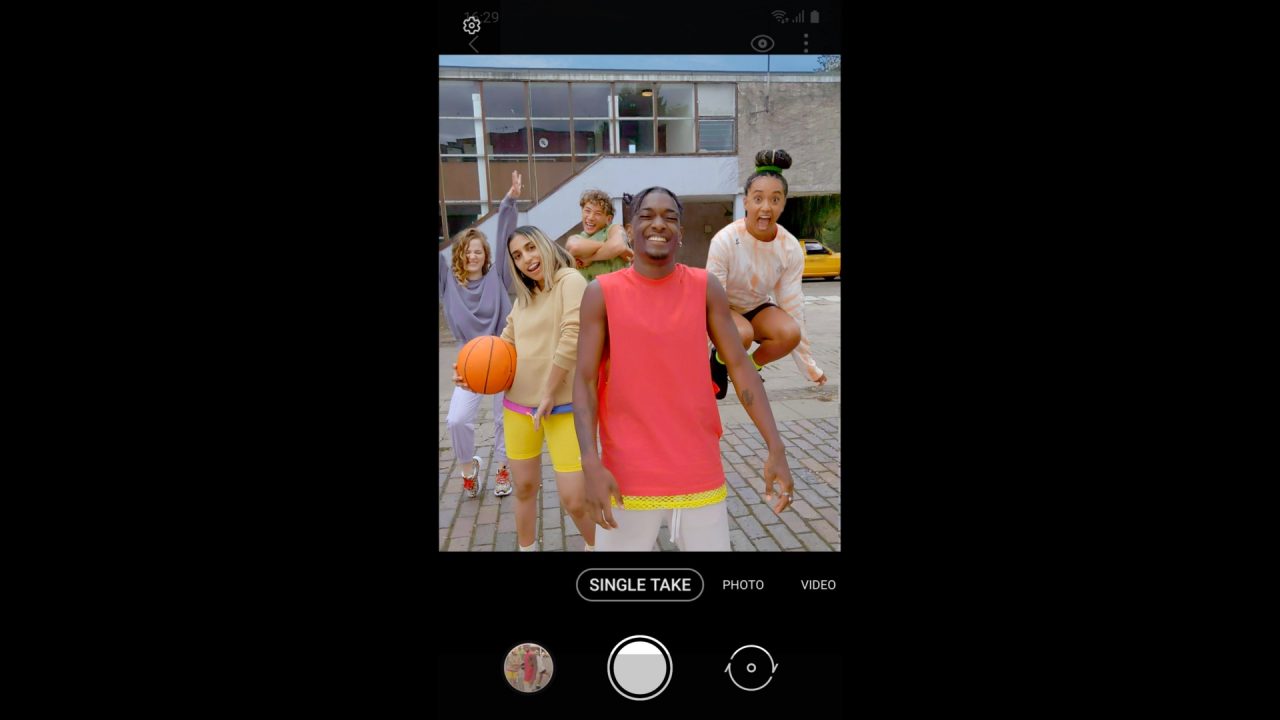 Since the production took place right in the midst of the COVID-19 pandemic, restrictions meant that the footage was all shot remotely and on Galaxy A phones. It was important to have an even more planned and technical approach to the animations and investigate what was possible to create on the device itself, as this had to be incorporated with the footage captured during the remote shoot.