TescoPrices That Take You Back

To evoke a sense of nostalgia, Tesco’s Centenary advertising campaign features iconic moments such as a 70s roller girl skating down the aisles, 60s mods on mopeds and an astronaut reaching for a tin of baked beans.

The TV ad, by Bartle Bogle Hegarty London, was directed by The Scared Egg at Riff Raff Productions.

MPC VFX Supervisor Alex Lovejoy gave a glimpse into some of the work involved: “All of the scenes were filmed together and we rotoscoped them out. We accentuated the spots by adding film effects, sharpness and textures. This included heightening the blue in the hair of the 70s roller girl, and giving the Punks a VHS look. To achieve the Victorian look, we filmed the Victorian car at 12 frames a second to give them a sped-up move, whilst ensuring the camera move was at half speed”.

The films are set to the catchy 1978 hit September by Earth, Wind and Fire, and accompany a full print campaign. 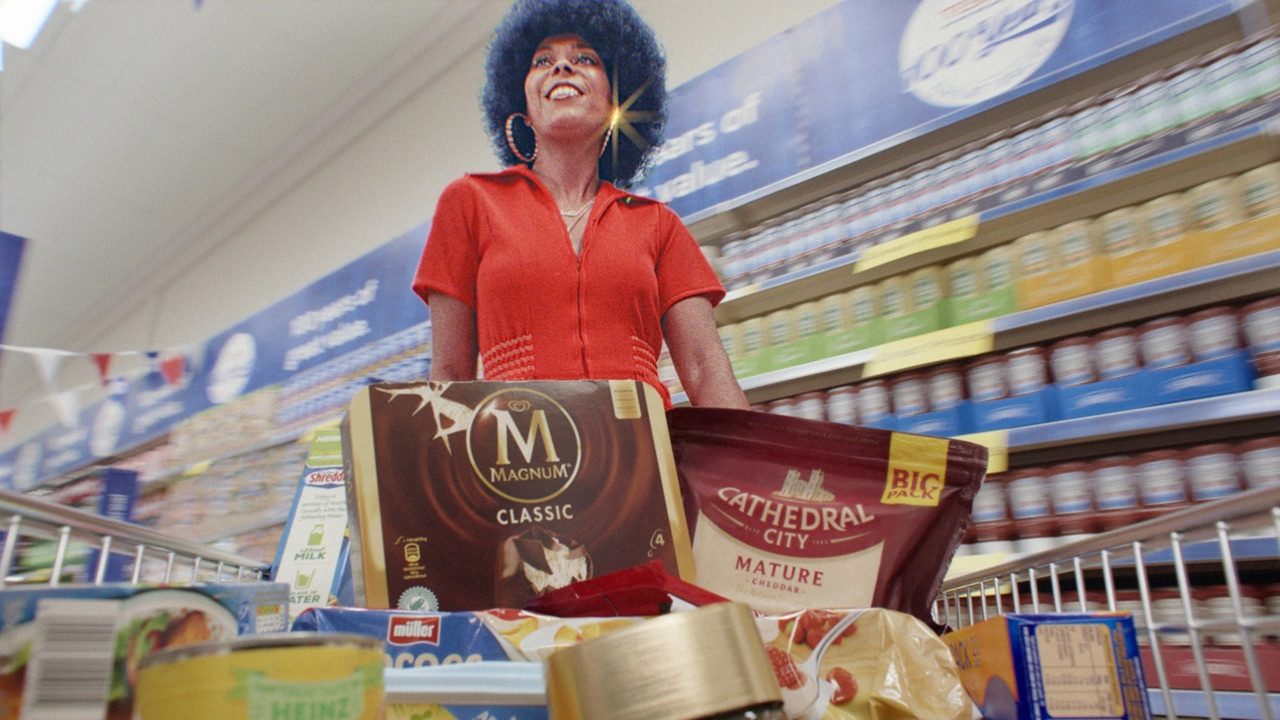 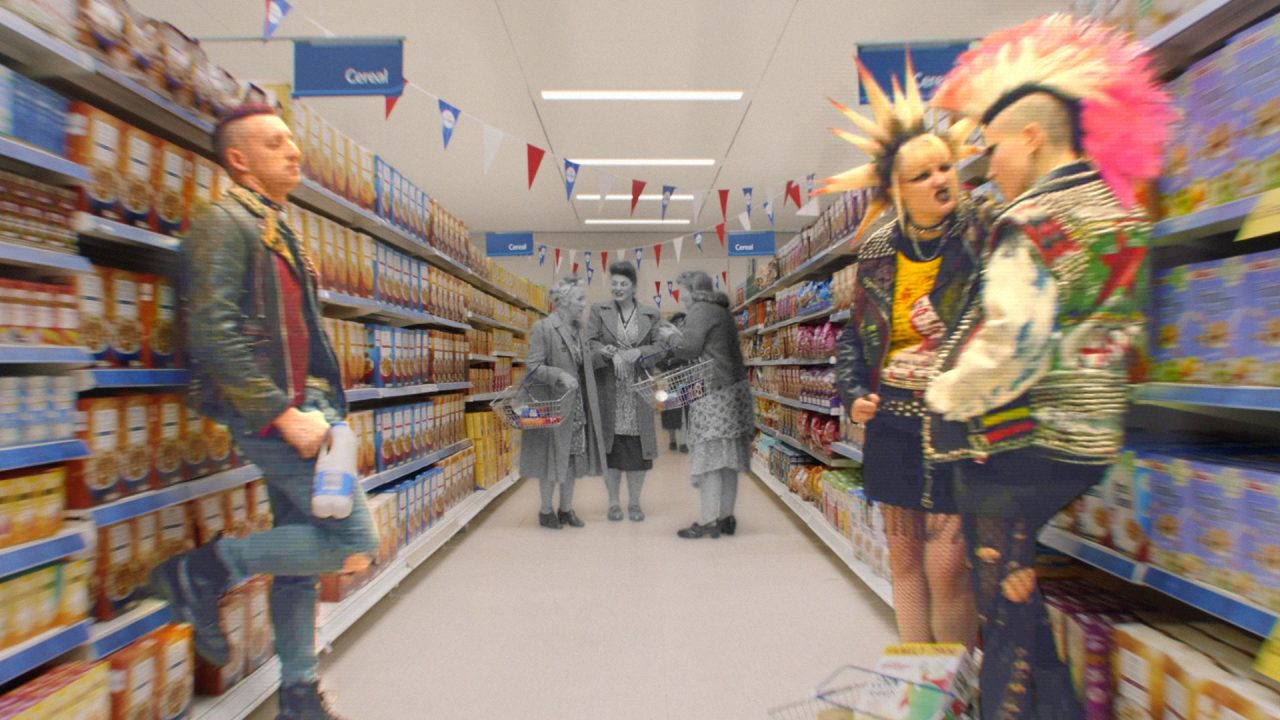 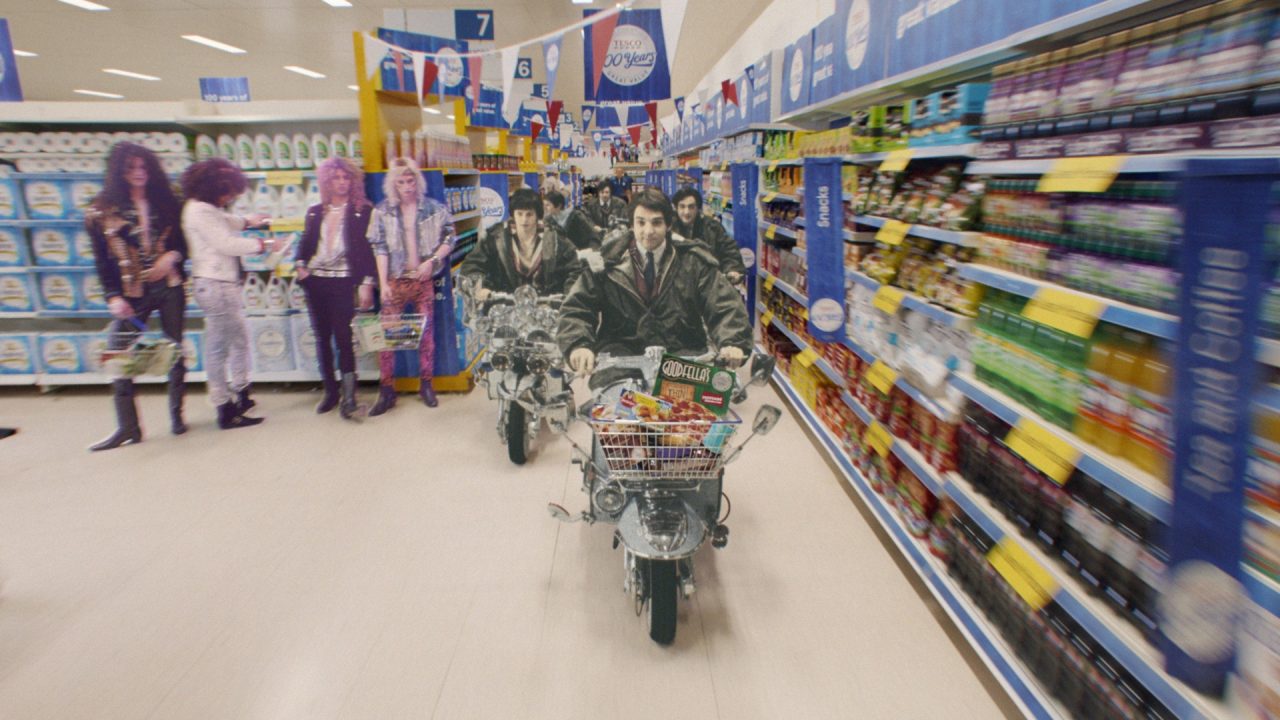 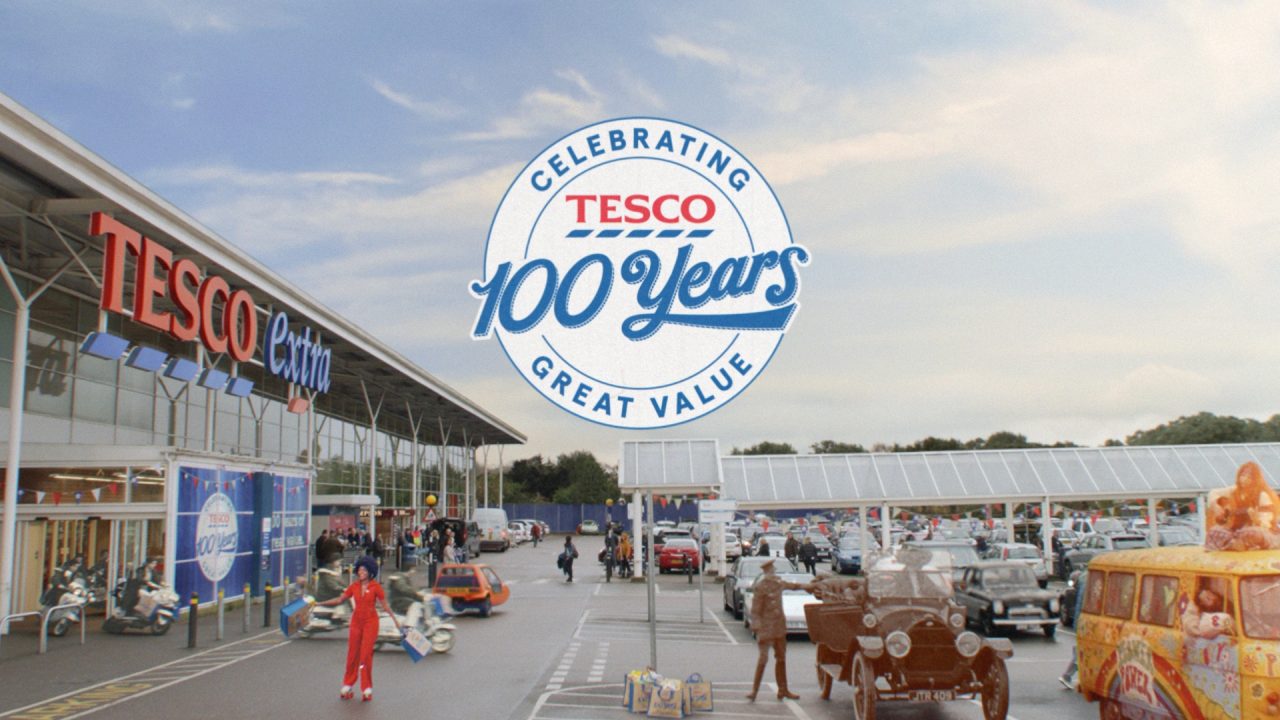