Tommy Hilfiger and Zendaya, the brand’s new global women’s ambassador, showcased their bold new collection during Paris Fashion Week, with the new line drawing inspiration from signs of the zodiac. From zodiac-inspired prints to rainbow stripes, the entire range is an ode to the golden eras of the ’70s and ’80s. To launch the collection, Tommy Hilfiger needed a campaign as confident as the line itself.

MPC’s Creative Director Alan Bibby created three films, which show Zendaya strut through the streets of New York in the late 70s, traveling into a world of funky animated patterns inspired by the new line. MPC also handled the animation, VFX, finishing and grade, making this a truly collaborative campaign tapping into all of the studio’s capabilities.

Vice President Creative Director of Laird + Partners Alejandra Garibay commented on the campaign: “Seeing this spot out in the world is a dream come true and it was truly a collaborative partnership with MPC!  The Tommy x Zendaya collection gave us a rich palette to draw from creatively and the spot was a perfect union of Alan’s fashion aesthetic and his modern interpretation of 70’s graphics made the spot what it is”

Alan describes the film, which was shot in East London: “Everything felt like it could have been shot in New York in 1978, which was a very specific age of creativity in the city – it’s a love letter to that era,” adding, “it was incredibly important to find that look. We shot on film, using bronze coated lenses taken directly from that era to ensure authenticity.” The result is a beautiful film with a strong sense of nostalgia for that time period.

Commenting on working with the actress and singer, Alan said: “Zendaya was an absolute professional throughout the whole shoot. As she was closely involved with the clothing line, she had a very strong vision on how she wanted the campaign to turn out. She knows the film world extremely well, so she was easy to work with.”

The VFX team at MPC, led by 2D Lead Tim Crean, turned footage that was shot in East London in the rain, into a psychedelic world. “2D played a huge role in this project, from rig removal, set cleanup and beauty, to compositing Zendaya into an animated graphic sequence featuring trippy 70’s era visuals. A final archival effect or treatment was designed to visually unify all the different environments we created, making the film feel like one cohesive story,” Crean explained.

A key component of the campaign was the 70s inspired animation that was integrated into the films. As Zendaya travels through the street, animation sequences jump out and seamlessly echo her movements. The animation, similar to art deco wallpaper, originates from the late 70s, the era that is central to the new collection.

The animation team at MPC made bespoke set ups in 3D to create these animation sequences, which required a great deal of exploration. “We wanted to create an animation look that was old-school and authentic to the era, but still retained a high quality,” explained Adam Rozanski, Senior Motion Designer at MPC. The result was reminiscent of early digital animation that would have been created by early tools such as Scanimate, but which was replicated using modern tools. Rozanski added: “We did a lot of experimenting with echo effects and creating toolkits that were algorithm-driven, until we achieved a look that everyone was happy with.”

Crean added: “The animated graphic 70’s world is very unique in the way it looks as well as the way it reacts and animated to Zendaya’s physical movement. It makes for an unforgettable visual.”

MPC’s James Tillett graded the stunning film, giving it a beautiful, authentic look and staying true to the time period.

For MPC’s Executive Producer Matthew Loranger, this campaign demonstrates the range of capabilities at the studio: “This is a perfect example of what MPC excels at. We were engaged in the project before it even started, and it gave us the opportunity to rally together all of our different teams around the studio. This was a true collaborative effort.” 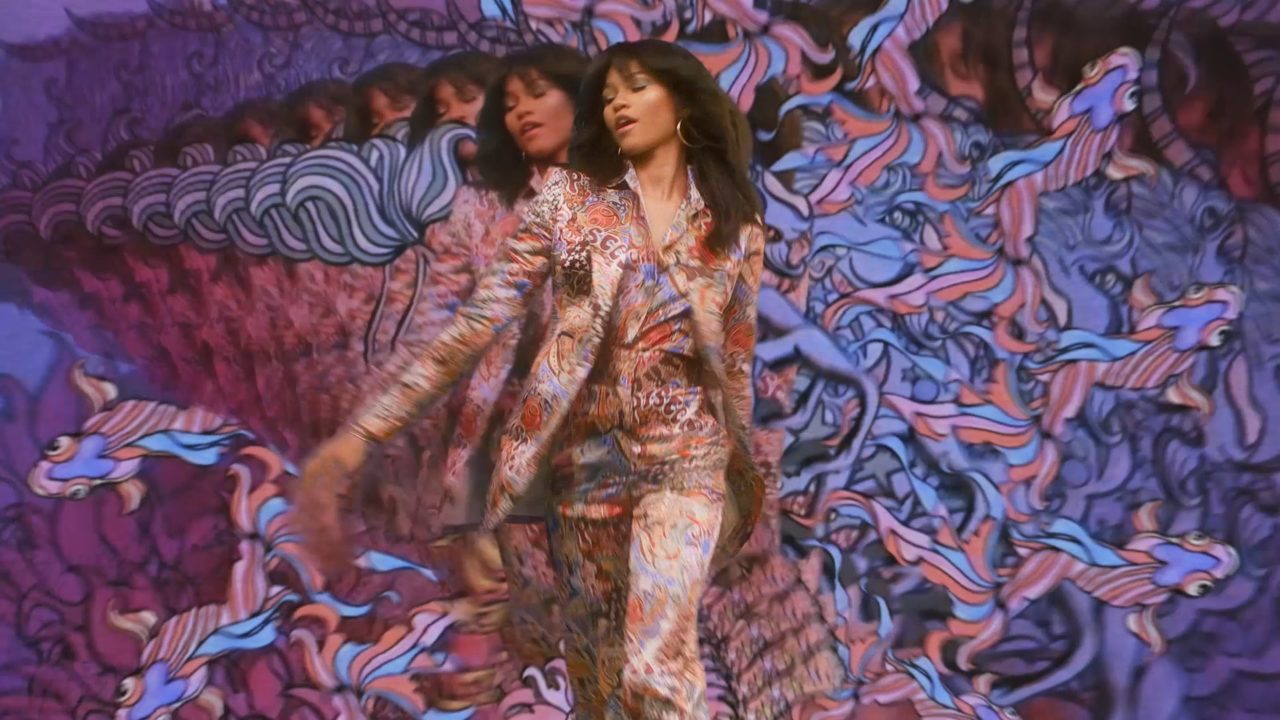 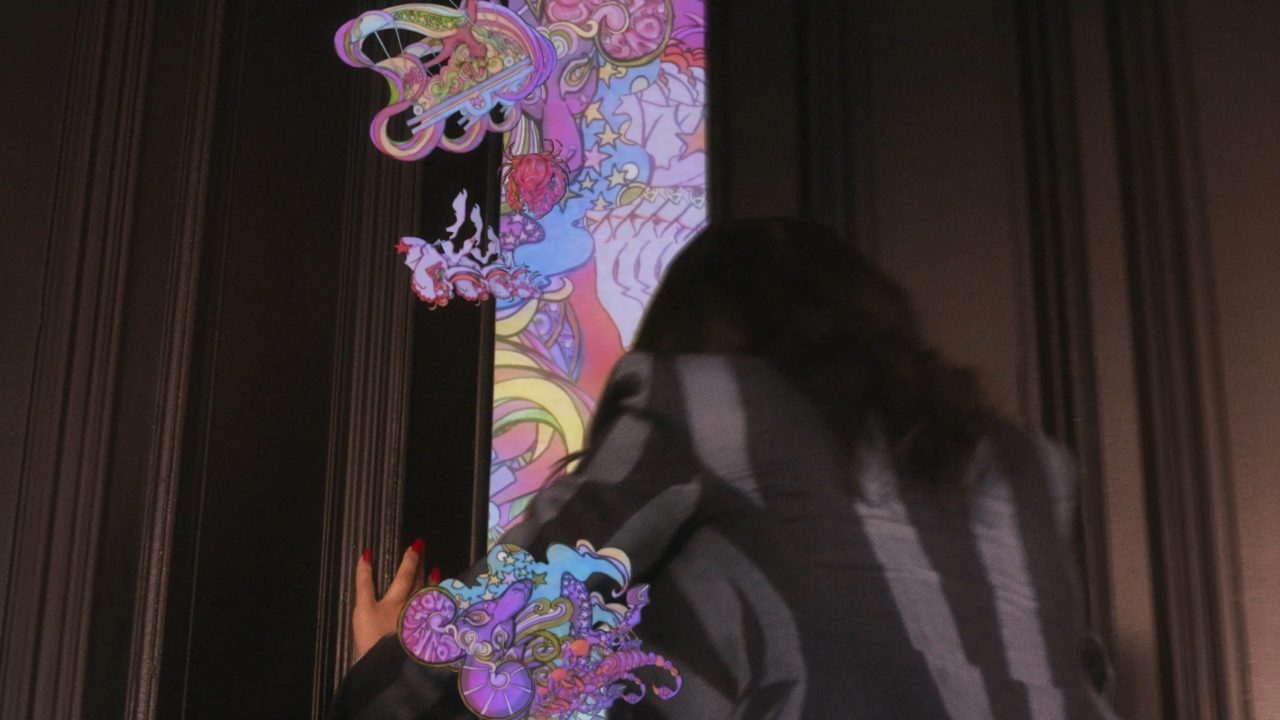 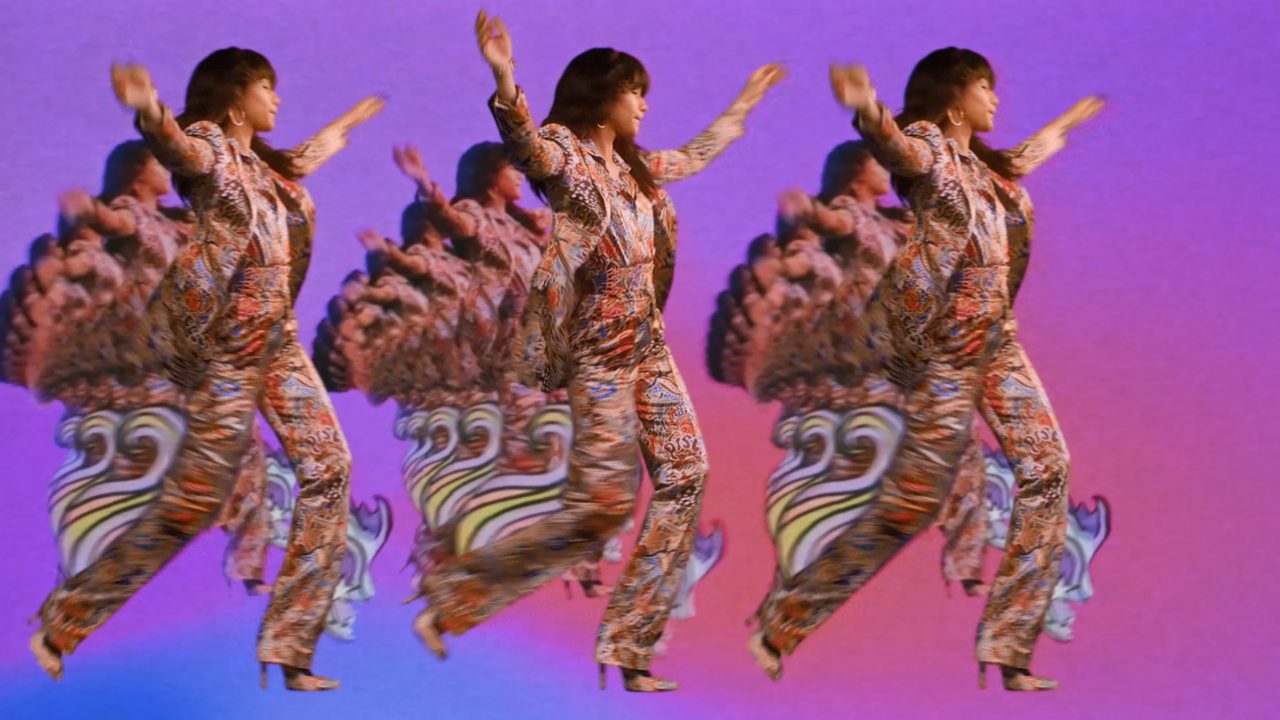