Verizon’s video game-style ad takes you on a seemingly normal journey through a totally abnormal world. MPC teams, led by Alvin Cruz, David Piombino and Chris Bernier, worked in close collaboration with Edge of Tomorrow’s director Doug Liman and Madwell to show gamers the benefits of 5G by building a world rife with ominous and unsettling lag-induced glitches—before teasing a seamless 5G future ahead.

Verizon’s 5G Ultra Wideband will change connectivity as we know it—particularly when it comes to the world of gaming. In this spot, MPC transposes common gaming lags into real-life scenarios, and shows the potential of a better 5G experience on Verizon’s network. 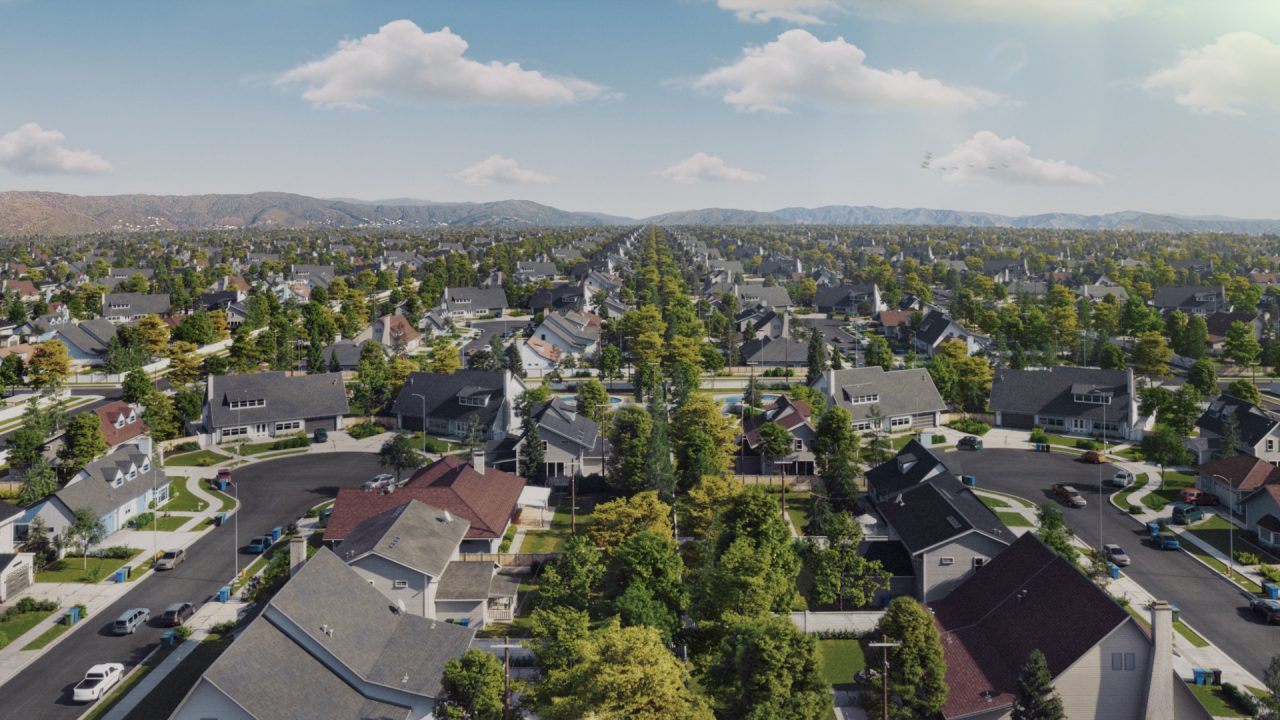 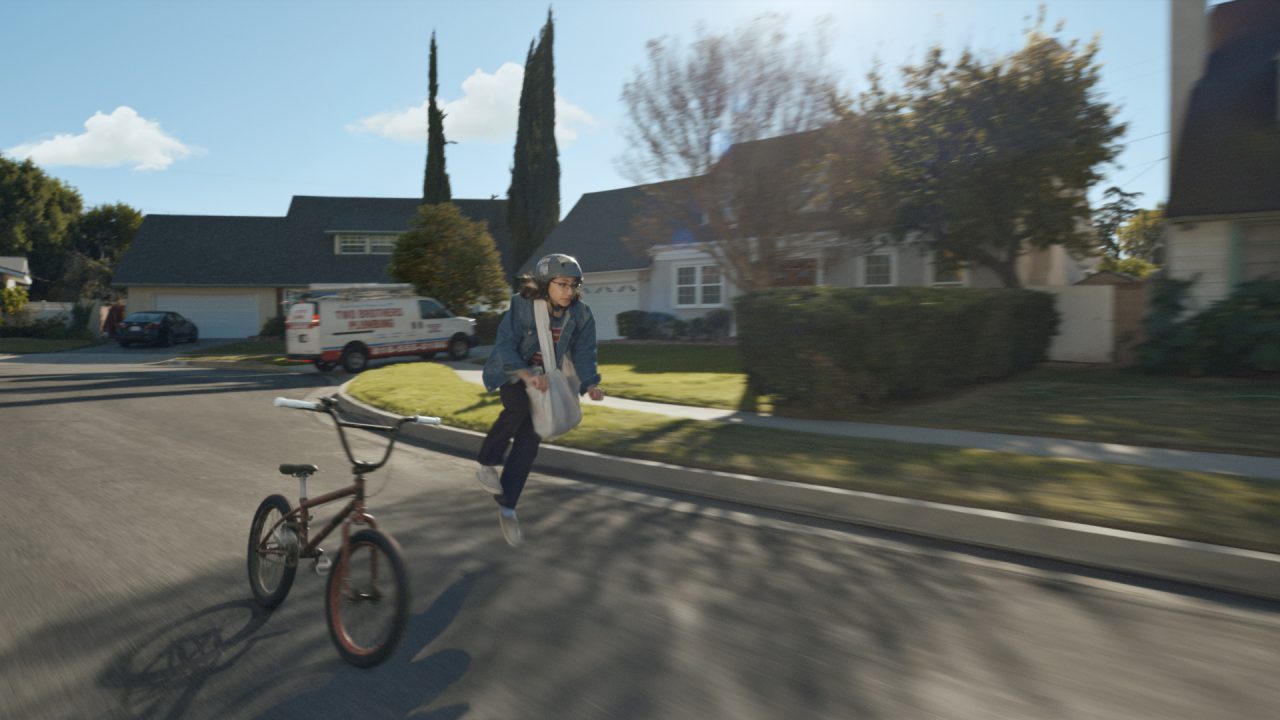 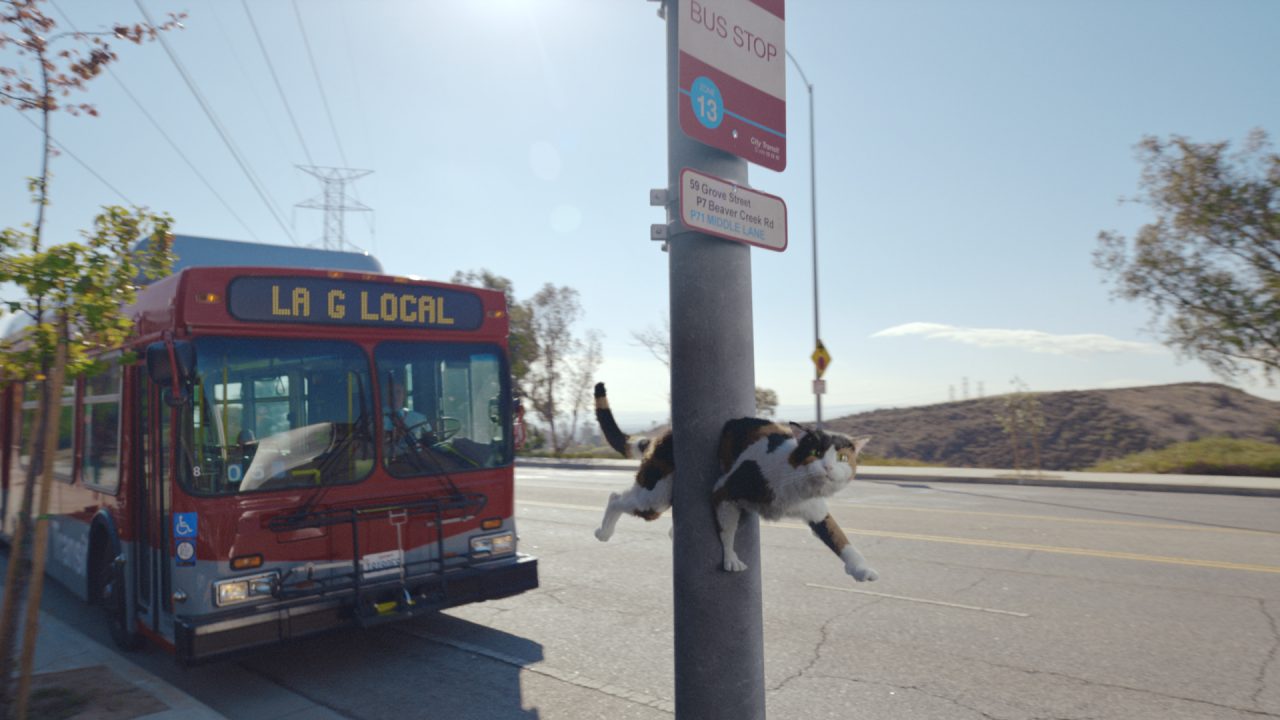 Creative Director, Alvin Cruz talks about the immense scale of VFX within the film and the importance of capturing data on-set:

“Having the synergy of Doug and Hoyte (DP) on set was amazing, they dissected and directed the camera to move in exactly the same way as a videogame. The combination of an extensive survey of the principal photography with the previsualization created a natural way to jump into the 250 CG assets build. The project is a combination of passion for VFX and hard work from the amazing MPC team who went the extra mile. It has been an incredibly enjoyable film to work on!” 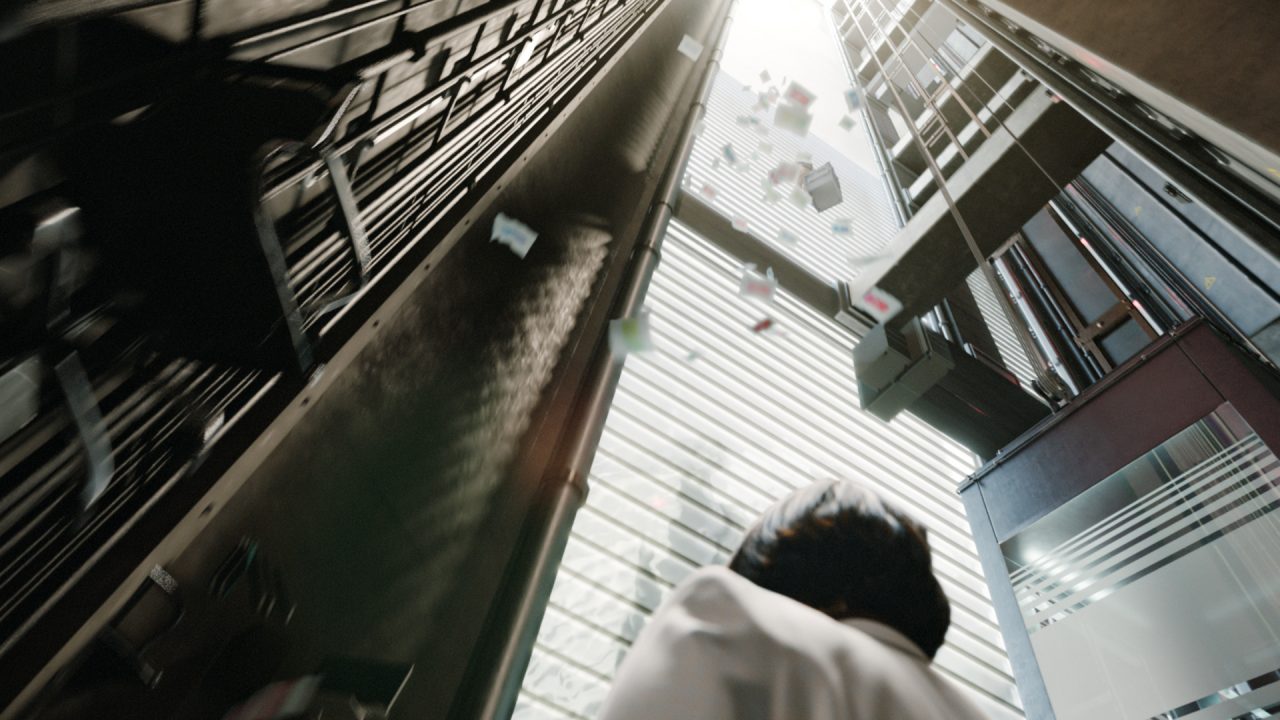 The spot begins as we find ourselves dropped in a nondescript neighbourhood in the early morning. The houses are nearly identical – it’s almost a little too perfect – and as we see people starting their days, we begin to get a strange feeling.

By coupling a familiar world with unnatural digital distortions, the type we see on our devices, the film shows glitches that gamers will instantly recognize including a cat glitching through a pole, a kid floating through the air next to a bike, and a bus driver whose face textures have not loaded in. At the end of the spot, all our technical difficulties are resolved, and we get a taste of life as usual. 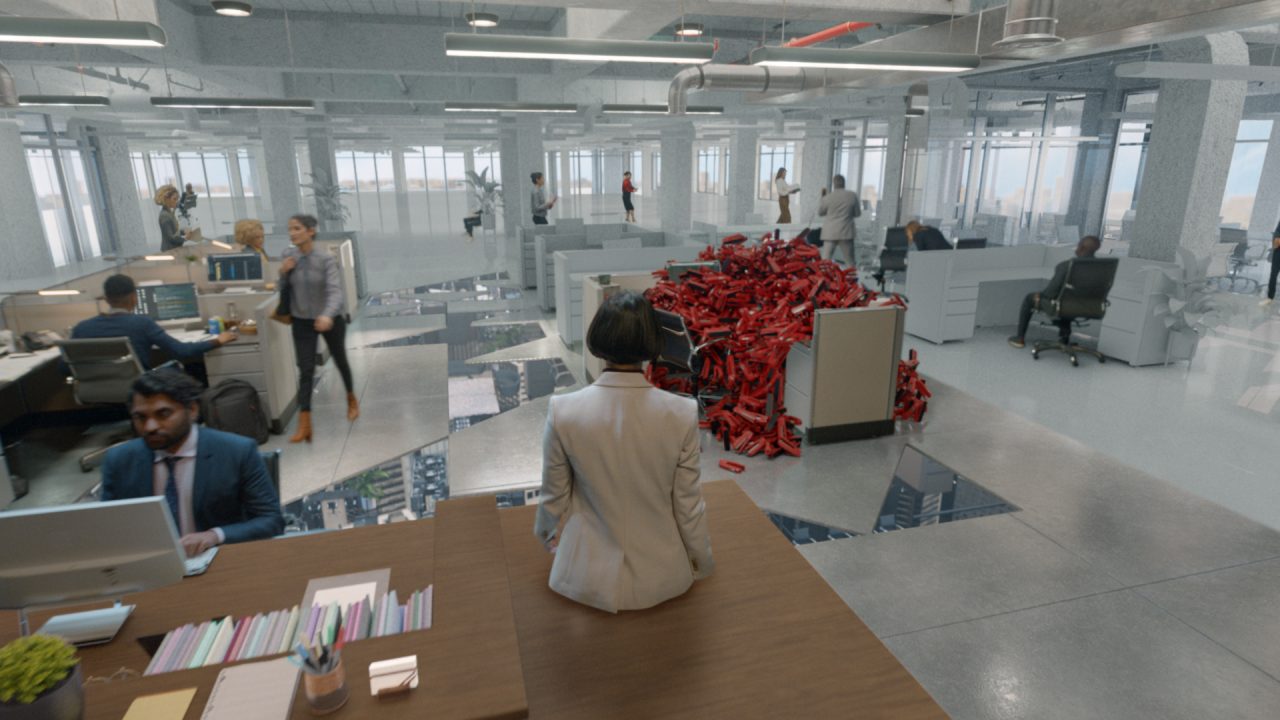 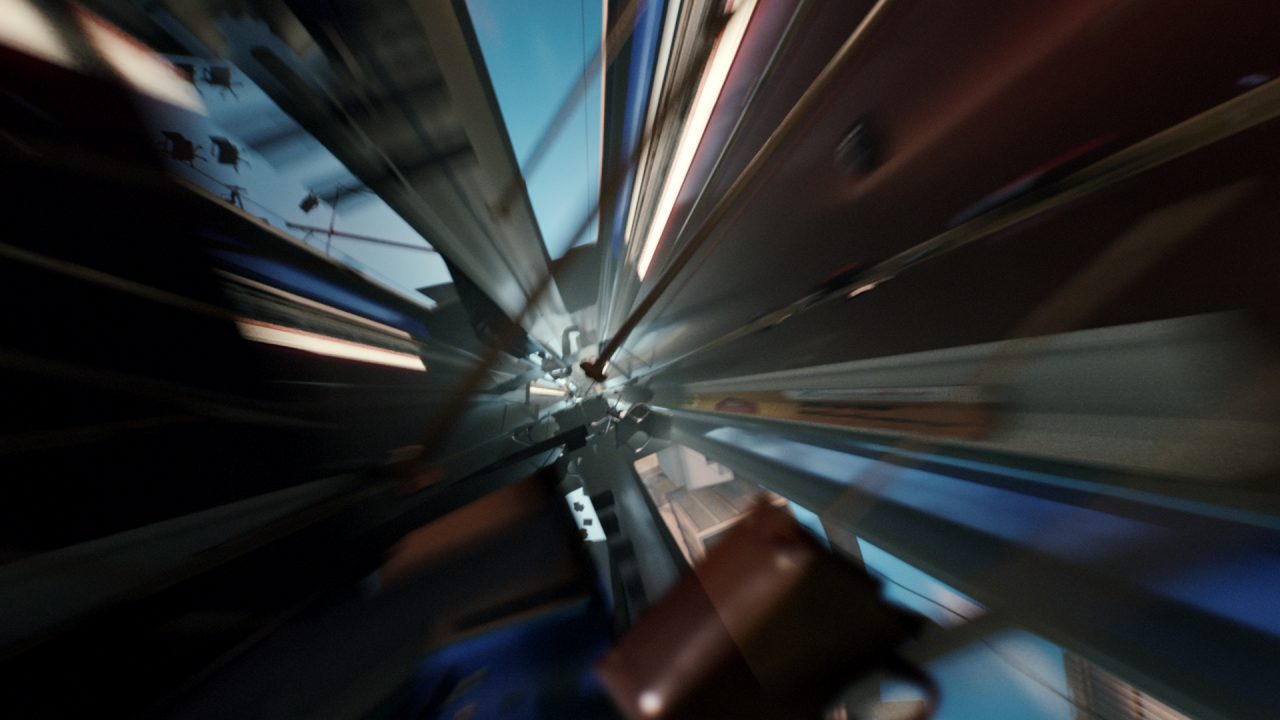 “It’s never easy to create an alternative reality, but this spot required one. Our goal was to depict life in the style of the omniscient wandering camera you might experience in a video game, then completely and successively subvert it until everything was falling into pieces. Quite literally. We used cameras in ways you don’t, we did effects in ways you otherwise wouldn’t, all to complete the illusion of a universe slowly and steadily degrading, unable to find the power necessary to render its own reality. The result needed to be confounding and captivating. Between Doug’s vision and MPC’s tireless attention to detail we merged a broken video game into a broken “reality.” Only crazy people would take on a gig like this. Luckily MPC, Doug Liman, and Independent Media are crazy.” 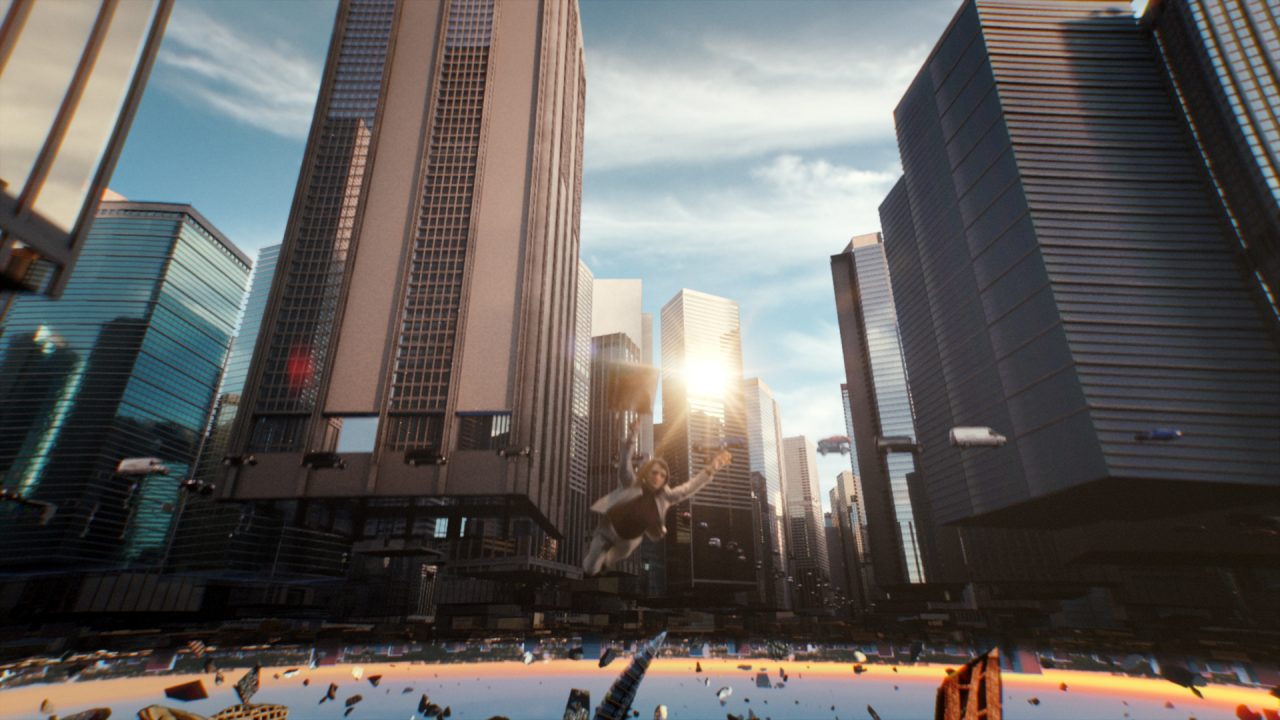 “We knew from the start this was an ambitious project. We needed to run a safe shoot during a pandemic and complete post-production remotely, and despite those challenges we had to create something that felt extremely authentic to a varied and diverse audience of gamers. Once we partnered up with MPC and Doug Liman, we knew we had the right team to bring our story to life. Together, they brought a wealth of cinematic storytelling expertise and exceptional VFX work to the table and were enthusiastic creative collaborators on- and off-set. I am extremely proud of what we were able to create together, especially considering we did it all remotely from different parts of the country.” 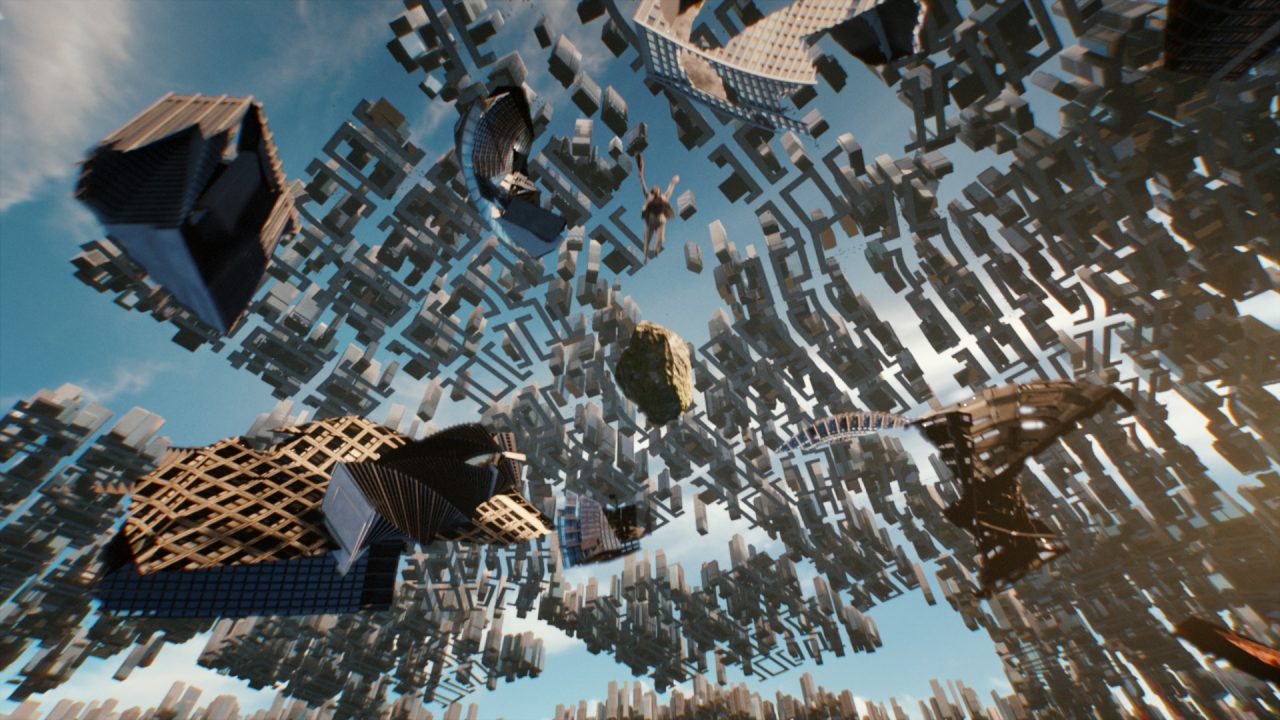 “It was an absolute honour to be part of Madwell, Doug and Verizon’s ‘weird’ film built for gamers. The goal was always to achieve photo realism and make the VFX look as real as possible. This requires restraint, as a colorist, we are always seeking to push the footage to achieve a look. In this case, the VFX was the star.”