Directed by Design CD at MPC, Antar Walker, the title sequence for this year’s VFX Festival developed a narrative around the concept of healthy competition and ‘VFX Sports’. The slick graphic sequence opens with simple animations that slowly become more ‘weird, chaotic and unhinged’.

Antar says, “Creatively I’ve noticed a lot of title sequences can take themselves very seriously, so I wanted to make sure we did something fun and light hearted. This was an opportunity to try some new animation techniques and of course, we wanted it to look awesome. We needed to represent diversity in the VFX industry, so it seemed natural to embrace different sports together to create one cohesive film.” 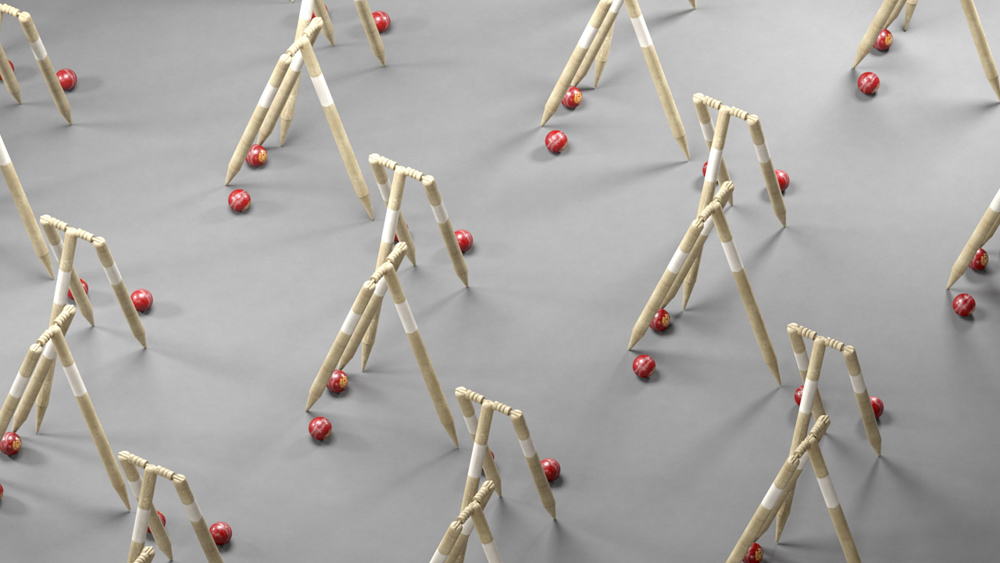 Choosing the environment, lighting and art direction for this film, with its huge selection of sporting objects, was a huge creative challenge, from ping pong balls to a complete modeling of a professional-scale basketball net.

“The hardest part here was the motion capture data”, says Antar, “we wanted to avoid using any human elements, so characters would only be visible through sporting apparel and objects to keep it weird. How deconstructed these characters became was a system of trial and error. Placing objects at key joints on our motion capture skeletons could either make or break a sporting character visually. You’d be surprised how few you can really get away with to instill a sense of human form and movement!”