When Virgin Voyages wanted to create a fun, alluring film to showcase their brand new luxury cruise line, they partnered up with Mother New York, director Luis Cervero of Object and Animal and MPC to execute this bold new vision for the brand.

The “Stray the Course” film, filled with sun tans, poolside-lounging, green juices and delicious food, is a beautiful portrayal of what it is like to take a journey on the cruise.

MPC handled the VFX and finishing, and with the majority of the spot being shot on blue screen, this meant that the team had to create bespoke environments for each shot. Alvin Cruz, Creative Director at MPC, explained, “As four out of five scenarios were shot against the blue screen, almost every shot became a Digital Matte Painting shot. We knew that the amount of DMP was going to give us a highly stylized result, and we were happy with the fun, refreshing look we got in the end.”

Tim Crean, MPC’s 2D Lead, added, “Because color was such an integral part of this campaign, we worked on the raw, ungraded film for all of the big compositing shots up front. As certain shots were almost entirely blue screen, we had to rely heavily on the keen sense of photorealism and eye for perfection that all of our compositing artists have.”

The film jumps between different, but equally enticing scenes of people enjoying themselves, resulting in a fast paced and exciting sequence: “The edit experimented with narrative, pace and continuity, which is what makes the work so unique and exciting. It was a fun challenge to jump from one vignette with its own feeling and mood to a completely different vignette a few frames later and maintain stylistic cohesion.

“The solution we arrived at was developing an overall treatment to the film – a combination of deep focus and an electric, supersaturated color grade. This approach gave a crisp, graphic feel to all of the different environments, punctuated with glows and flares to imbue a sense of glamour and energy.”

The stunning grade was handled by MPC’s James Tillett, who created a bold and exaggerated look for the film, which centers around the iconic Virgin red. James explained, “This was a collaborative process involving quite a bit of experimentation with the director, agency and the MPC team. We pushed a lot of the red accent colors into the sea and the sky to give the film a palette of strong primary colors.” 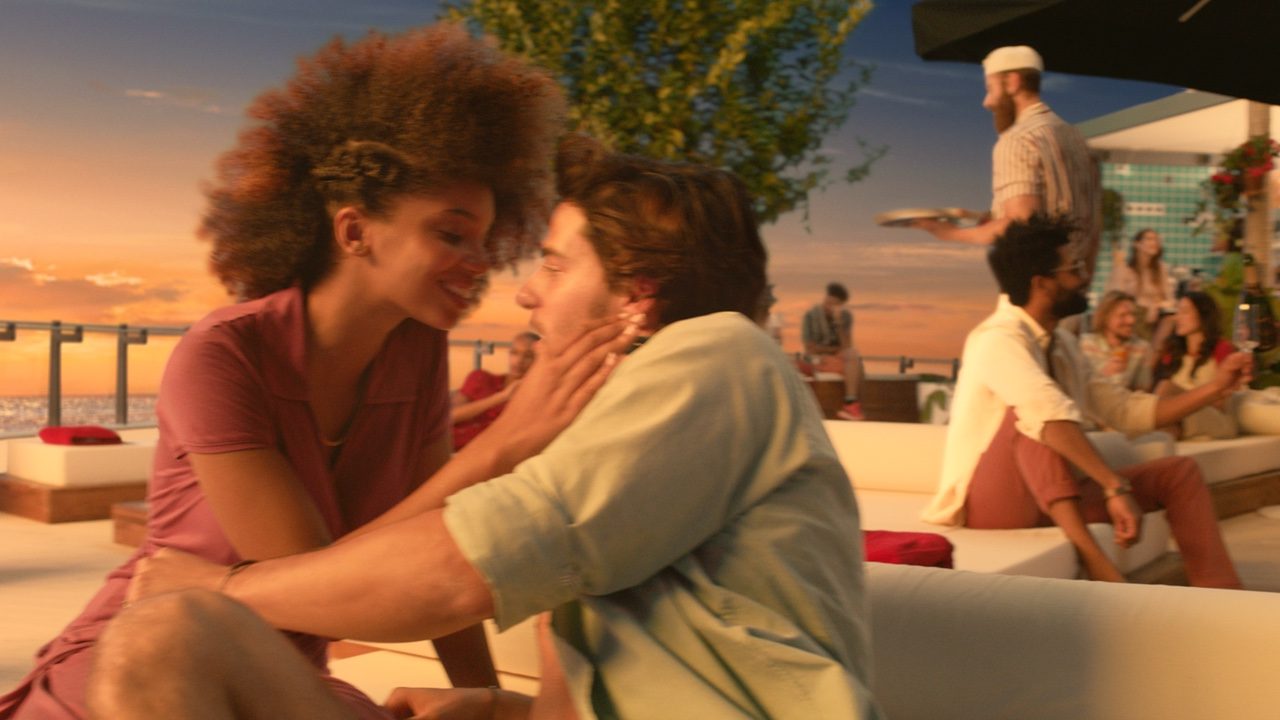 This campaign marks a continued partnership between MPC and Mother – we have previously worked together on campaigns including Stella and Ikea – and is testament to the collaborative partnership. Alvin, who attended the shoot, said: “We were involved from the beginning and even in the initial creative rounds, where both the director and the agency took our challenges into consideration before shooting the film.”

Matthew Loranger, MPC’s Executive Producer, commented on the uniqueness of the campaign, “Typically, we do a lot of photorealistic, real life work, and it’s great to be able to do something that is a bit more stylized and fantastical” adding, “we were so pleased to be a part of the launch of this new endeavor from Virgin.”