The film, which premiered at the Cannes Film Festival for the 2019 Short Film Palme d’or, is Chloë’s third film as director. After working with MPC’s Creative Director Alvin Cruz on previous projects, she enlisted MPC to handle the VFX and grade.

The film follows a group of young women who are staying in an old house which is thought to be haunted and they play a Ouija board to contact the ‘spirit’ in the house. Although most of the group are skeptical about the game, one woman in particular is a believer, and she wants the others to believe too.

“When I first set out to create the film, I wanted it to be a story about a woman and her relationship with her power and her beliefs,” Sevigny explains, adding, “I also wanted it to be scary, because women are often afraid of their own power and don’t know how to harness it and are afraid of being called ‘pushy’ or ‘aggressive’.”

Alvin, who also worked with Chloë on her directorial debut ‘Kitty’, was selected to be a part of her team at the very beginning. “Alvin was one of the first people I approached when assembling the team as I knew there was going to be a lot of effects and I’m familiar with him.” She continued. “We have a common language and understanding. I wanted this film to have a real organic feel and that sometimes starts with review sessions in post, and I think that he just has a subtle hand and magic touch.”

One of the supernatural elements that the MPC team created was the shadow spirit that is seen in the house at various points throughout the film. “We started by gathering and putting together a lot of references from classic horror movies,” said Alvin, adding, “Since Chloë really wanted to maintain an organic and photographic look to the project, we filmed an actor as a base, that we then manipulated to get the desired look.” 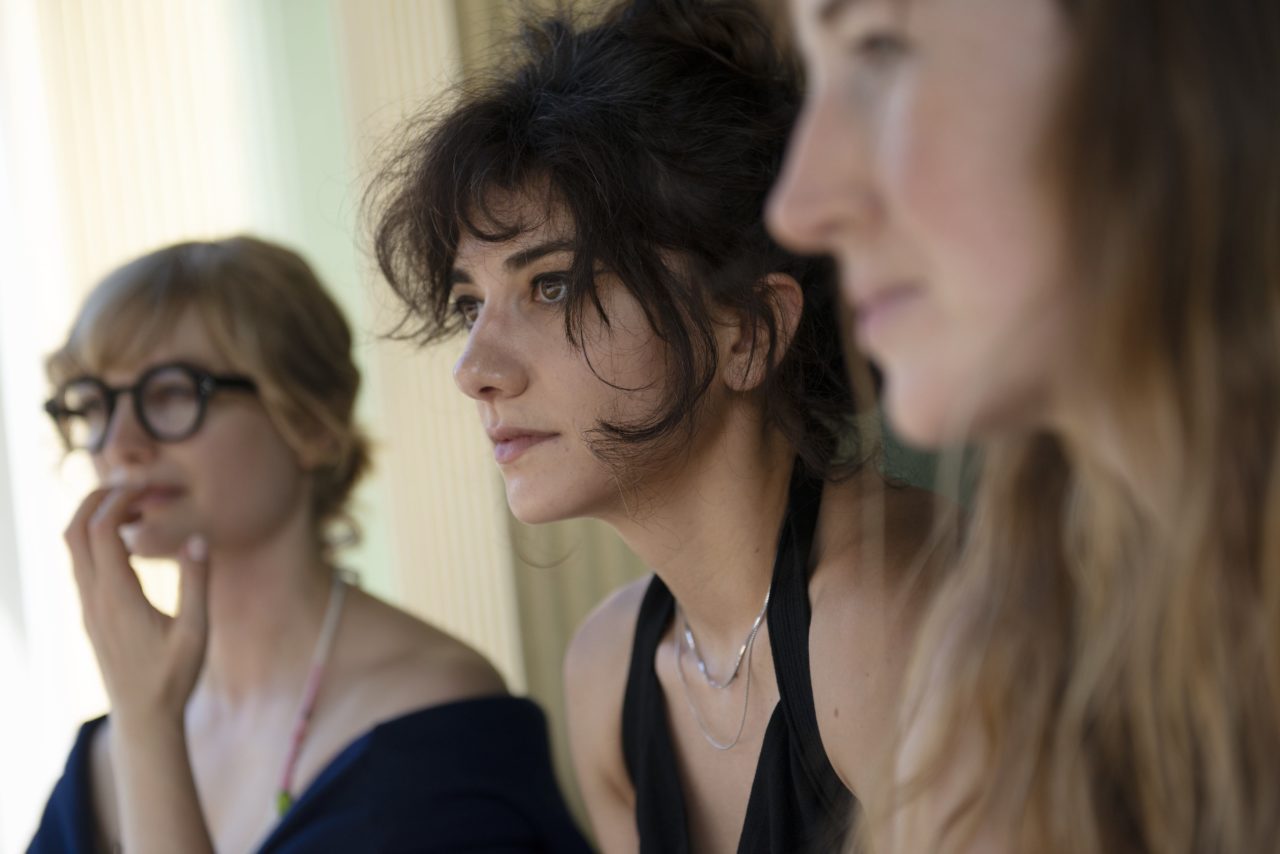 Chloë described the importance of establishing the right look of the supernatural elements: “It’s all about striking a balance between pushing too hard on the VFX, not making it feel too phony, but making it feel alive and pulsing, and more natural.” Sevigny added, “I think the hardest thing was the shadow figure. Making it feel like something that someone would actually see, but not. That was the most challenging aspect of the film – how do you make it seem real but not real?”

Another key scene that the team worked on was a sequence including multiple supernatural cats with glowing eyes, and Alvin was instrumental in bringing this to life: “He found this image of a cat with a flash in its eyes and so he decided to bring in a laser effect which really enhanced it, especially because that sequence is so dark. He came up with that idea which elevates it in such a way – I love him for that. Thank you, Alvin!” said Chloë.

“I love the team, I love all the guys over there at MPC. I’m so grateful for their patience and contribution” – Sevigny

It is this united process that has seen the pair continue to work together. “Working with Chloë is always a great experience. She has amazing ideas and creates a vision that she follows through to the end. She’s very good at what she does and always surrounds herself with a great team of artists,” Alvin said.

Alvin added, “Having the trust and support from the Director is key when working on a project such as White Echo. It’s always very exciting as a team to work on projects of this caliber where there is a space to provide creative input and the possibility of collaborating from the very early stages up to the delivery.”

Chloë continued: “He bought things to the table that I hadn’t even envisioned, and that really blew me away. I feel totally comfortable putting my work in his hands.”

Collaboration played a key role in the MPC studio, with the VFX team led by Cruz and 2D Lead Renato Carone and grade by MPC’s James Tillett. “I love the team, I love all the guys over there at MPC. I’m so grateful for their patience and contribution,” said Chloë.