For 55 years, Yoplait’s flower has thrived in households worldwide with the simple objective to bring pleasure to families with new and exciting flavors, in unexpected ways. The brand has put this idea at the core of the 2020 campaign for its range of Panier de Yoplait products, featuring two products: the Original yogurt and the Smoothie Bowl.

From the start, Yoplait had a clear idea to combine live shooting and illustrations to convey fun, simplicity and comfort to attract young consumers. The difficulty of the project was immediately apparent – the live action shoot had to work seamlessly with the animated graphic design. As the shoot was programmed well before the design, the director needed to have prior knowledge of this type of process,as traditionally these two departments would work separately, creating potential tension and loss of vital information.

Mikros MPC worked with the client holistically on a full in-house solution with Mikros MPC director, Shaun Severi and designers. The internalization production guaranteed the full control of the planning and the budget. It also avoided problems between the integration of the graphics in the live action as the director and the designers worked closely in-house. This method proved highly successful as the discussions between the director and the design team happened prior to the shoot without adding any extra costs.

Mikros MPC’s Thomas Chene, Art Director on the project, talks about how he approached this first movie:

“The clients wanted to use 2D animation to fill the live shots with an abundance of bright colors, fruits and vegetation. Shaun Severi, the director, had a very clear idea of the layout. Based on his idea, I proposed three different concepts, which were quickly validated. We decided to introduce a flying animal in each spot that would reinforce the idea of nature. I then developed design boards with all the different components so that we could work on the details. But the most important was how to tell the story with all these elements and create the right scenario, which we did! I developed a rough animatic based on images, one image per frame. That proved to be very efficient as we managed to get direct feedback from the client that would allow Shaun to direct the live shooting according to the requirements of the animation.”

Thomas Chene worked closely with Vincent Venchiarutti, a highly experienced supervisor, on the concept and the animatic to ensure the feasibility in the short timeframe required by the client. The assets and the scenarios were finalised at an early stage, before the live shooting, which took place in Brussels under strict sanitary conditions.

“A thorough pre-production process was essential. It was important to understand the animation script before shooting. I knew that I needed to shoot extreme wide shots in uncluttered stage-set so that the product would be at the center of the films. And, we needed room for the animation and the graphic elements. I am extremely pleased with the result, the hybrid nature of the films and the very smooth process throughout. We successfully achieved the seamless mix of live shooting, with traditional animation, VFX and motion design.” 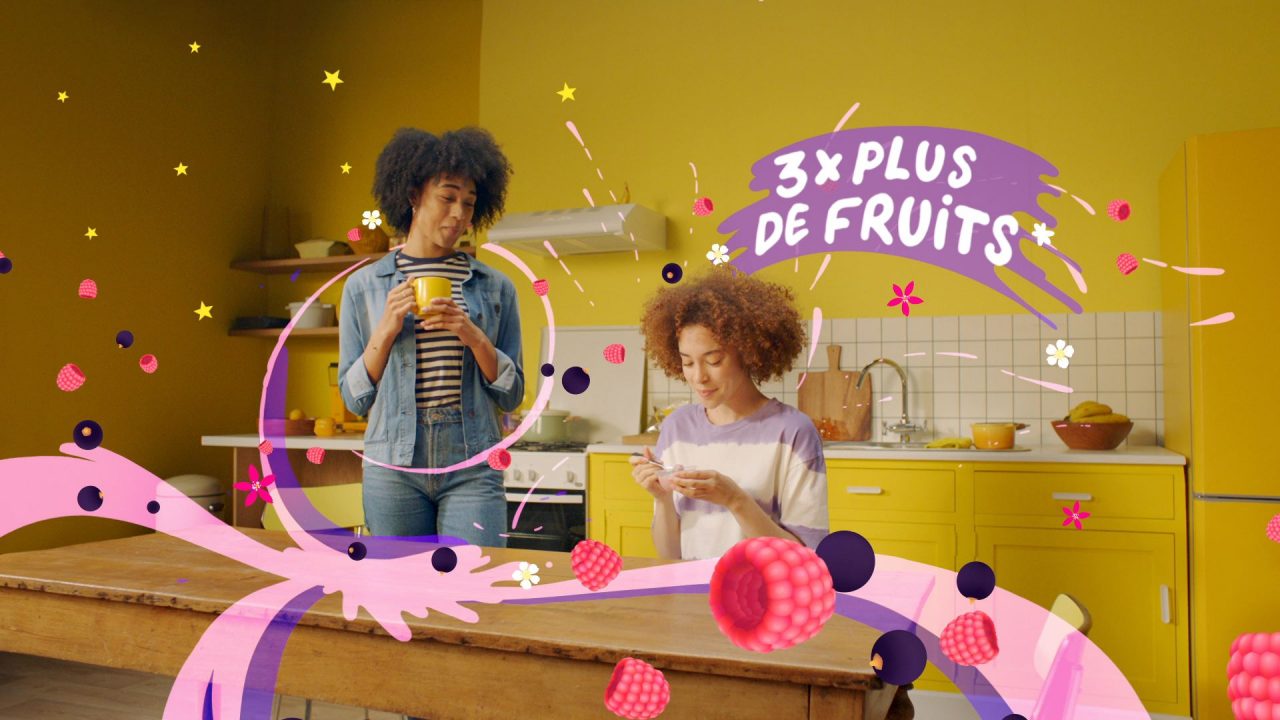 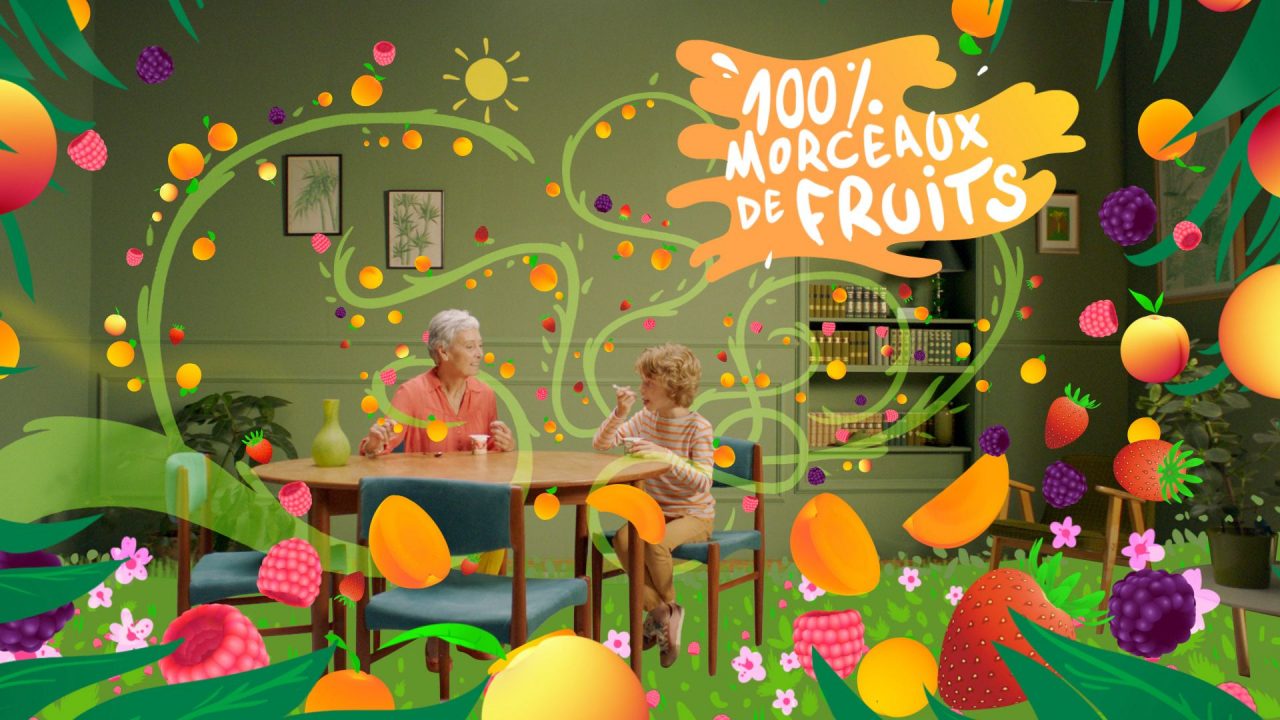 The production process in the first film generated the right level discernment that allowed the team to approach the other films with strong design and animation guidelines to ensure a consistency in the fluidity in the animation and the joyful aspects with 3D popping fruits, texturized in 2D, the flying animals and the inherent compositing work.

“It was a real benefit to work with the same team throughout the campaign. Within our small team, we worked together in a very pleasant ambiance. With the lockdown being over by the time we started the post-production, we could interact with each other at the studio, which allowed quick and efficient exchanges between the craft departments and made it easy to make necessary changes to finetune further the animation and compositing ,” comments Vincent Venchiarutti, VFX Supervisor.

This one stop shop solution enabling a strong sense of teamwork ready to react very quickly to feedback with real time proposals was a real gamechanger strengthening Mikros MPC’s offer in production landscape as a formidable player.

A third movie is planned for release in the course of 2021.

Watch the making-of video of the Yoplait campaign below: