The ad, directed by MJZ director Matthijs Van Heijningen for Leo Burnett. gave MPC the opportunity to create a photo-real and anatomically correct ostrich – and give him his own quirky personality. The ad promotes Samsung’s revolutionary VR technology and hopes to change consumers’ ideas on what is humanly possible via the strapline – “Do What You Can’t.” Opening with a curious ostrich stumbling into a VR headset, we see the character begin to dream of achieving the impossible.

“We make what can’t be made so you can do what can’t be done,” Samsung proclaims as the ostrich reaches new heights.   A reference shoot involving several real ostriches took place in South Africa before the computer generated counterpart was re-born via a global team of experts in LA, London, Paris and Bangalore.

About the project, Creative Director Michael Gregory said, “It was a wonderful job to be involved in. It really did have it all – a great script starring an engaging character, all beautifully shot and integrated with stunning VFX and Matthijs in the mix.” 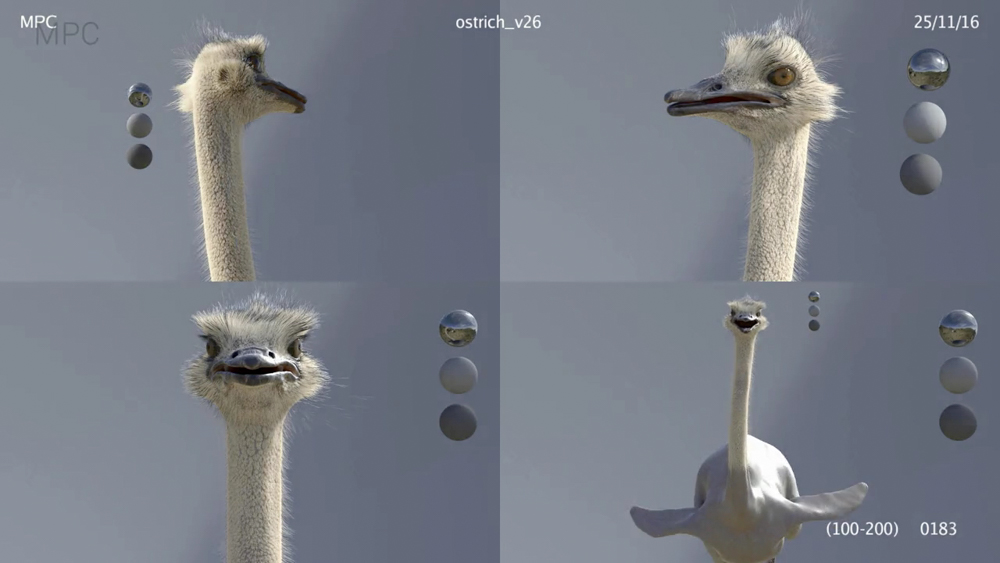